Manchester United are preparing to offer Mason Greenwood a fresh contract at Old Trafford, as a reward for his promising displays this summer.

The 17-year-old rose through the academy ranks at the Theatre of Dreams before graduating to the senior squad last year, with club officials and supporters tipping him for a bright future at the highest level.

Greenwood was handed four competitive appearances for the Red Devils last season – three in the Premier League and one in the Champions League – and he is enjoying an impressive pre-season campaign which has alerted the world to his unique talents.

According to The Sun, United are now set to offer the exciting starlet a bumper new deal, which will see his £800-a-week wages rise significantly.

Greenwood signed his first professional contract with the Red Devils back in October, but he is expected to agree to revised terms before his 18th birthday later in the year.

The young forward featured in both of the club’s matches during a tour of Australia, finding the net in a 4-0 win over Leeds, before also scoring the winner against Inter in the International Champions Cup on Saturday. 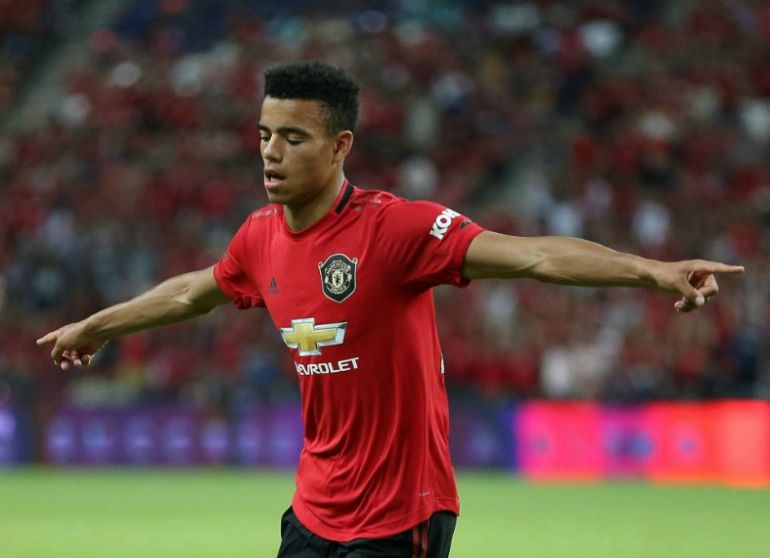 The Sun reports that Greenwood earns around £5,000 for every first-team appearance he makes, but a new deal could see him take home that kind of money on a weekly basis.

Ole Gunnar Solskjaer might be tempted to use Greenwood as one his main strikers next season, with Marcus Rashford, Romelu Lukaku, Anthony Martial and Alexis Sanchez also vying for a place up top.

Lukaku has been linked with a summer exit in recent weeks and if he departs the teenage ace could be promoted into a more regular role, but there may yet be plenty more transfer activity at Old Trafford before the August 8 deadline.

For Greenwood to be hitting the headlines at his age is a feat in itself and if he continues on his current trajectory, United fans could witness the rise of a new hero over the next few years.