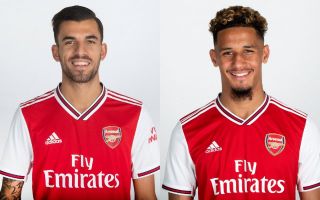 Liverpool fans have trolled Arsenal new-boy William Saliba over one of the first things he said about joining his new club.

The 18-year-old defender was announced as a new Arsenal player today, though he’ll spend the season back on loan at former club Saint-Etienne.

Saliba, clearly excited about his big move to the Emirates Stadium, described the Gunners as ‘the biggest club in England’.

Now, while there’s no denying AFC are up there with one of the biggest clubs in the country, there’s surely no doubt they are behind Manchester United and Liverpool, and perhaps even Chelsea. At a stretch, perhaps even the likes of Nottingham Forest and Aston Villa, who have both won more European Cups than them!

Liverpool fans, with their club reigning European Champions, took particular offence to Saliba’s comments, mocking them here on Empire of the Kop.

EOTK writer Matt Addison said: “Arsenal defenders in recent times are infamous for their often strange decision-making and this might just be another example of this.

“To suggest that Arsenal are a big club is absolutely fair. Bigger than the Reds or Manchester United, though? Not a chance.”

Saliba believes Arsenal is the biggest club in England, that's comical and I haven't even seen his defending yet

Did William Saliba just say that “Arsenal are the biggest club in England”?

To be fair, even Arsenal fans realise the guy’s talking nonsense!