Chelsea have offered talented youngster Callum Hudson-Odoi a new long-term deal, as they look to tie the winger down to a new five-year contract.

Hudson-Odoi has managed to establish himself as one of the most promising players in England in recent times, with both fans and critics alike praising the winger for his ability and potential.

And it seems like the Blues have cottoned on to this, as Goal are stating that the west London side have offered the 18-year-old a new £150,000-a-week contract, one that’ll see him extend his stay with the club by five years should he sign it.

Given that Frank Lampard’s side are currently undergoing a transfer ban this summer, it absolutely imperative that they tie the player down a new deal whilst they can in order to prevent the possibility of losing him.

If the Blues were to lose Hudson-Odoi this summer, the club would be unable to bring in a replacement for the England ace, thus this decision to offer him a huge new deal is a key one. 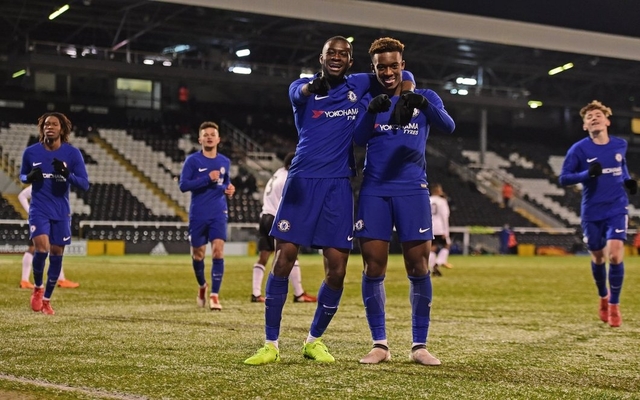 Hudson-Odoi proved last season that he’s got the ability to become a key player for Chelsea in the future, with the player’s displays for the club even seeing him earn an England call-up.

Should Hudson-Odoi end up agreeing this new deal, which Goal’s report states he will, it’ll come as a huge boost for Lampard’s side, as it’ll mean their fears of losing the player for free in the future will be put to rest.