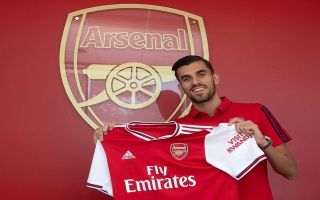 Real Madrid star Dani Ceballos has revealed the heartwarming inspiration behind his decision to join Arsenal on a season-long loan, check out what the ace had to say.

According to an interview with Arsenal’s official website, Emirates new boy Dani Ceballos revealed that late ex-Arsenal star Jose Antonio Reyes was a major inspiration behind his move to the Gunners this summer, Ceballos hailed the late Reyes as his childhood idol.

The pair hail from the same small Andalusian town of Utrera, the Spanish duo also started out their careers with La Liga giants Sevilla.

Ceballos revealed that a conversation with Reyes’ father encouraged him to make the switch to north London, Reyes was tragically killed in a car accident last month. The winger was a fan favourite at Arsenal, the star played for the Gunners between 2003 and 2006.

As per BBC Sport, the Spain international has joined Unai Emery’s side on a season-long loan.

According to Spanish publication Marca, Dani Ceballos is still a major part of Real Madrid’s long-term plans, the club’s hierarchy were encouraged by the star’s impressive performances for Spain’s Under-21s this summer and believe he can be a important player in the future.

The versatile midfielder scored two goals and provided two assists during his country’s journey to being crowned European champions this summer. 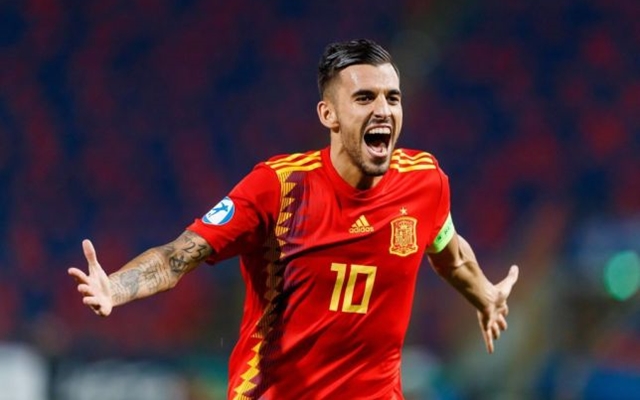 Ceballos celebrating his fine displays for Spain’s Under-21s this summer.

Here’s what Ceballos had to say on his childhood idol and his desire to follow in his footsteps by joining the Gunners:

“This is a historic club that I’ve always looked out for because of Jose Antonio Reyes, who is from the same town as me and played here,” Ceballos told Arsenal.com.

“He made history at this club, winning the league title, so it’s an important step in my career for me to join Arsenal.

“I spoke to his father just before coming here and he told me not to think twice because this is a wonderful club. Jose had a fantastic time here.

“When I came into the training ground today I saw a picture of him and it really struck me because he’s like my childhood idol. Being at the club where he made a name for himself is a big step forward and I hope to make this club even bigger.”

Ceballos endured a difficult season with Madrid last time out, the ace made 27 appearances across all competitions but failed to make a splash for the side, the 22-year-old re-established himself as a serious talent with his impressive performances for Spain in the European Under-21 Championships.

Ceballos’ versatility will make him an attractive option to Unai Emery, the ace can play as a traditonal central midfielder or an attacking midfielder, the former Real Betis star can also play on the wing – given that Arsenal’s squad isn’t as stacked as their top six rivals this will be massively useful.

Arsenal fans will be hoping that Ceballos is a hit for the Gunners next season, after all, according to the Sun, the north London giants have paid a sensation £15m to Madrid to take the ace on loan.