One of Real Madrid’s talented youngsters is set to follow in the footsteps of Dani Ceballos with a loan move to the Premier League, what a signing by this club.

According to Spanish publication AS, Real Madrid defender Jesus Vallejo will pen a new contract with the Spanish giants before completing a loan move to Premier League side Wolves, it’s understood that the 22-year-old’s season-long loan will be announced on Saturday.

As Madrid see the ace as a big part of their future plans, the deal doesn’t include a purchase option for Wolves.

It’s understood that Vallejo shunned interest from several La Liga teams to join Wolves, the ace is keen on a move abroad following his successful loan spell with Eintracht Frankfurt in 2017.

The star shouldn’t face much difficulty with settling in England, it’s understood that the highly-rated Spain youth international speaks English.

Vallejo is set to follow in the footsteps of Madrid teammate Dani Ceballos with a move to the Premier League, according to BBC Sport, the attacking midfielder has joined Arsenal on a season-long loan. 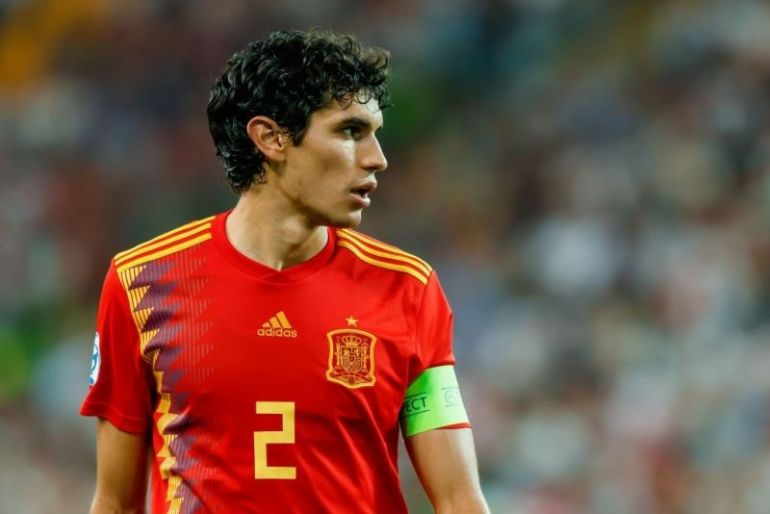 Sky Sports reported that the 22-year-old completed a medical with Wolves on Friday.

Official confirmation of Vallejo’s move seems imminent, the defender was in attendance for Wolves’ Europa League qualifying victory over Crusaders on Thursday evening:

And here's the new guy, Jesus Vallejo, at Molineux tonight (two seats away from Jorge Mendes). Season long loan to be announced before long #wwfc

Nuno Espirito Santo’s side took the Premier League by storm last season, finishing in seventh place. According to the Express and Star the Wanderers were keen on signing a centre-back this summer, the Midlands outfit were interested in signing in-demand Benfica star Ruben Dias.

Vallejo struggled with injuries last season, limiting him to just four starts for Los Blancos last season, the ace was a backup option for the Spanish giants but has found himself on the fringes following the big-money signing of Eder Militao from Porto this summer.

Vallejo is a player with a high-level pedigree, the ace captained Spain’s Under-21 team as they lifted the Under-21 European Championships this summer, the talented defender has 22 caps for his country’s Under-21s.