Barcelona midfielder Ivan Rakitic has been unable to negotiate terms on a new contract with the club, amid ongoing links with Manchester United.

The Croatian superstar has two years left to run on his existing deal at Camp Nou and he has been engaged in talks over an extension in recent weeks.

However, according to AS, the 31-year-old has so far failed to agree on a new deal with the Blaugrana, with a possible summer exit now looking more likely.

The Sun reports that Man United identified Rakitic as a target earlier in the year and they have been handed a major boost in their pursuit with this latest update.

The Barca playmaker has expressed a desire to remain at Camp Nou and fight for a place in Ernesto Valverde’s line up, despite Frenkie de Jong’s arrival from Ajax at the end of last season.

The Dutchman is expected to overtake Raktitic in the squad pecking order during the 2019-20 campaign, but he insisted in a recent interview that he wishes to remain at the club.

As per The Sun, Rakitic stated: “I’ve spoken with the club and the coach and we have the same idea, for me to stay at Barca.

“We’re open to everything, as always, but my intention is to stay. I have two more years on my contract and I want to keep enjoying myself at Barca. 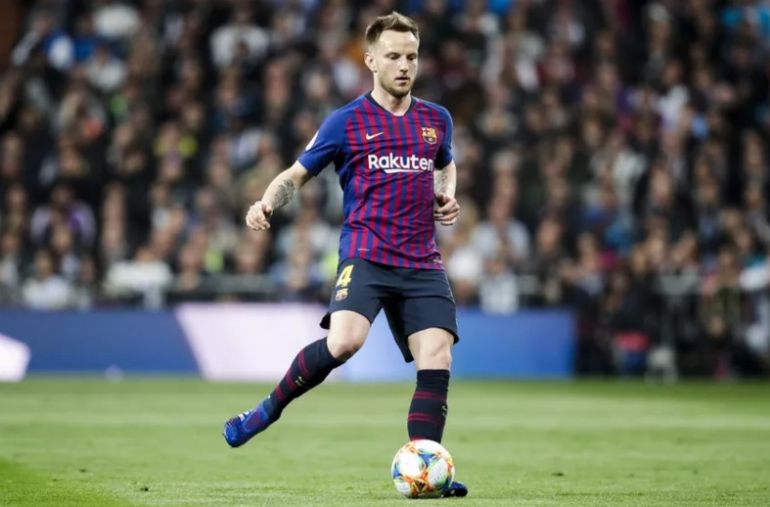 Ivan Rakitic has been tipped to leave Barca this summer

“It doesn’t annoy me. I know that football works like this and it makes me proud because if other teams want me it’s because I’m doing things very well. I’m calm.”

The Croatia international has the quality and experience to thrive at Old Trafford and it could be the ideal next destination for him if he is forced out of Barcelona against his wishes before the August 8 deadline.

Rakitic is an all-action midfielder with a superb passing range and a great engine, capable of dictating the pace of a game from the middle of the park.

United could certainly use extra midfield reinforcements as Ole Gunnar Solskjaer prepares for his first full season in charge, with Rakitic currently valued at around £63 million – according to Don Balon.