Man United are looking to raise funds for a huge triple transfer swoop this summer by selling both Paul Pogba and Romelu Lukaku.

According to Don Balon, Solskjaer expects both Pogba and Lukaku to leave the club this summer, with the Red Devils then set to move for Harry Maguire, Sergej Milinkovic-Savic and Moussa Dembele once the duo are sold, as they can only afford a move like this by selling the Frenchman and the Belgian first.

According to Gazzetta Dello Sport, Milinkovic-Savic’s agent is in England to talk with United regarding an €80M (£71M) move for the Serbian.

The Metro note that Leicester City are after £80M for Maguire, with Lyon wanting £45M if they are to sell Dembele according to the Mirror, fees that total £196M.

Given how good both Lukaku and Pogba are, we have no doubt in United’s ability to raise the funds needed to buy Milinkovic-Savic, Maguire and Dembele by selling the two Red Devils starters. 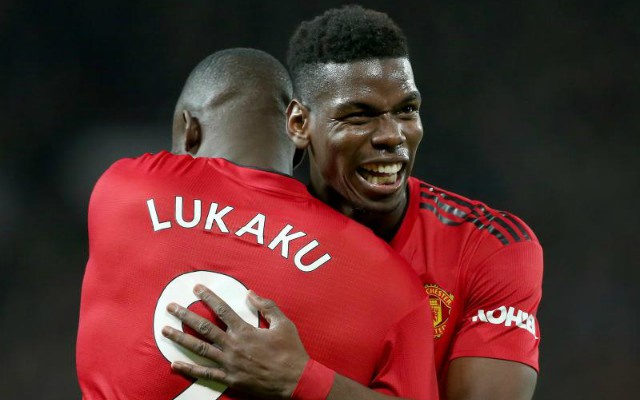 United are looking to fund moves for Milinkovic-Savic, Maguire and Dembele by selling Pogba and Lukaku

Milinkovic-Savic would add some much needed steel to United’s midfield, with the Serbian potential being a replacement for Pogba should the Red Devils get their way.

Maguire’s potential arrival will seriously bolster the options Solskjaer has to pick from at centre-back, something that needed doing given how poor the club were defensively last term.

Dembele’s arrival would see United add yet another quality attacker to their squad, with the Frenchman showing last year through his form with Lyon that he’s capable of replacing Lukaku.

If United were to sell Pogba and Lukaku, we would be far from surprised to see them land at least two of Milinkovic-Savic, Dembele and Maguire ahead of next month’s deadline, moves that’d seriously add to the overall quality of their squad.