Real Madrid are reportedly gaining momentum in their chase for Manchester United superstar Paul Pogba, the Red Devils have lined up this £67m star as a replacement.

Madrid are understood to be long-term admirers of Paul Pogba and it seems as though the Spanish giants are moving closer to landing their man, according to reports.

The latest on Madrid’s pursuit of Pogba and United’s chase of Sergej Milinkovic-Savic was revealed by Sky Germany journalist Marc Behrenbeck:

There is momentum in the transfer of Paul Pogba to Real Madrid. United are ‘concretely negotiating’ the transfer of Milinkovic-Savic as Pogba’s replacement. He will cost €75m. #mufc [Sky Germany]

If Pogba is going to leave United, Lazio’s Sergej Milinkovic-Savic is as good a replacement as the Red Devils can get, the 24-year-old has been on United’s radar for some time now and his talented all-around ability can certainly lift United’s lacklustre midfield ranks.

Italian outlet La Republica reported earlier this week that United have agreed an initial €75m (£67m) deal, plus bonuses, for the Lazio star, it’s understood that the 24-year-old will sign a five-year deal with the Red Devils.

Zinedine Zidane’s side will have to give into United’s demands if they are to lure Pogba away from Old Trafford, according to the Daily Mirror, Ole Gunnar Solskjaer’s side have informed Madrid that they will have to shell out a staggering £150m to sign the Frenchman.

Madrid would become serious contenders for the Champions League if they are to secure Pogba’s signature, the chance to link up with French football icon Zidane could take Pogba’s game to a whole new level. 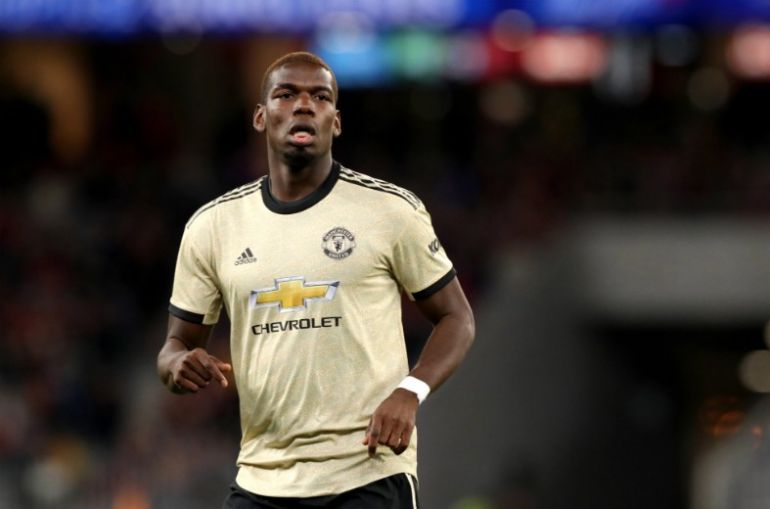 Will Pogba head to Real Madrid this summer?

While Milinkovic-Savic is undoubtedly a quality replacement, Pogba was well and truly United’s best player last season despite some of his inconsistent spells. The Frenchman’s departure will leave a massive gap in the dressing room and on the pitch.

Milinkovic-Savic has the talents to play across several midfield roles, the Serbian ace is dangerous on the final third, whilst also having the natural physical strength and massive stature to be a force on the defensive side of the pitch.

The Serbia international has established himself as one of Serie A’s top performers in recent years and it will be interesting to see if the 24-year-old is ready to perform on the biggest stage and take on the challenge of the Premier League.