Arsenal fans have been handed a major boost, after reliable journalist David Ornstein confirmed that the club will not be selling either Pierre-Emerick Aubameyang or Alexandre Lacazette in order to fund a move for Nicolas Pepe.

A recent report from L’Equipe, which has been re-reported and translated by the Metro, states that the Gunners have agreed a £72M (€80M) deal with Lille regarding Pepe, with three other clubs also agreeing deals with the French side for the Ivorian.

This news comes amid journalist Fabrizio Romano claiming that the Gunners are leading the race to sign Pepe, news that will surely have delighted all of the club’s fanbase.

Arsenal are in advanced talks with Lille for Nicolas Pépé! Napoli are also working for him, but Arsenal now are leading the race and just made a new bid to Lille and also to the player ??? #transfers #AFC #Arsenal

However, given that the north London side look set to fork out a huge sum for Pepe, we’re sure some supporters would’ve been wondering how the club are going to be able to afford his signing given the business they’ve already done this summer.

TalkSport note that Arsenal have already spent £27M on William Saliba, whilst having also forked out £6m to bring in Brazilian youngster Gabriel Martinelli as per Goal.

Should Arsenal sign Pepe for £72M as well, it’ll take their summer spending to over £100M, figures that will surely lead to some fans questioning as to how the club are able to afford it all. 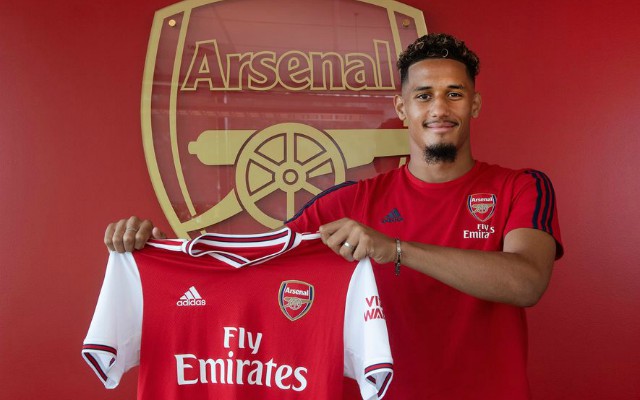 Arsenal have already spent £27M on youngster Saliba this summer

However, following some select words from Ornstein, it seems like neither will be sold by the north London club this summer.

As heard in the interview below, Ornstein stated that “Aubameyang and Lacazette will not be leaving Arsenal this summer to help finance this deal”, with the deal in question obviously being the one they’re reportedly agreed for Pepe.

?? Okay Arsenal fans, @bbcsport_david is here to talk you through the Nicolas Pepe deal and what this means for Wilfried Zaha and Kieran Tierney.#bbcfootball #AFC pic.twitter.com/D6XknU7324

This will come as a great news for the club’s supporters, as it looks like two fan-favourites in Lacazette and Aubameyang are going nowhere this summer.

Given all this, it seems like Unai Emery’s side are going to have one of the best attacks in Europe next year should everything go to plan!