Some Manchester United fans will be surprised to see that the Red Devils are angling for a move for this Juventus star over Paulo Dybala, is this a good move?

According to the Daily Mail, Manchester United have switched their attention from Paulo Dybala to Douglas Costa, the Red Devils initially set their sights on securing the services of Dybala – as part of a swap deal involving out of favour star Romelu Lukaku.

The Mail report that Dybala rejected the chance to move to United, it’s claimed that the forward isn’t keen on leaving Turin and will wait for a meeting with new boss Maurizio Sarri before deciding on his future.

United are hoping to resolve the Lukaku situation very soon, as the English transfer window is set to close almost three weeks earlier than the deadline.

The Mail suggest that the Red Devils’ rush to move on Lukaku as soon as possible, have resulted in the Manchester outfit turning their attentions to Brazilian winger Costa. 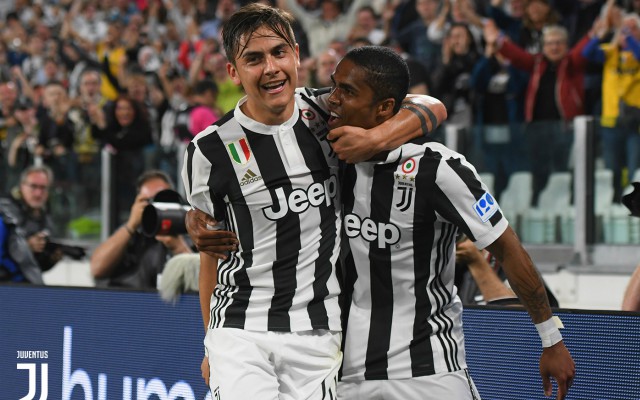 Would Douglas Costa be a better option for United than superstar Paulo Dybala?

United could be stuck in a difficult situation though as the Mail understand that Costa is just as reluctant to move to Old Trafford as Dybala, the tricky winger has been working hard during pre-season in order to re-establish himself as a key player for Juventus.

Costa hasn’t completely closed the door on a move to United though, the report highlights that the 28-year-old could be convinced to join the Red Devils because of their ability to make him the team’s main man.

Juventus’ biggest stars, including Costa and Dybala, are currently in the shadow of five-time Ballon d’Or winner Cristiano Ronaldo.

Ole Gunnar Solskjaer may need to bite the bullet and sanction a move that sees Lukaku exit Old Trafford very soon, the Belgian star was disappointing for the Red Devils last season.

Lukaku’s time in Manchester seems to be over, the 26-year-old is now playing second fiddle to Marcus Rashford. The England international has become the focal point of United’s attack since Solskjaer’s arrival.