Real Madrid are said to be eyeing up Valencia midfielder Geoffrey Kondogbia as a potential replacement for Brazilian ace Casemiro.

According to Don Balon, Zidane is keen to add another defensive midfielder to his squad in order to bolster his options in that area, however the only way to do this is by getting rid of Casemiro, with the club aiming to get between €60M and €80M for him.

The report then notes that Los Blancos are going to have to pay around €70M for the player’s signature, with Kondogbia himself eager to try a new challenge and move on from Valencia.

Casemiro had a rather poor season with Zidane’s side last year, with his drop in form coinciding with one of the worst seasons the club have endured in recent times.

The Brazilian was far from himself last term, and it seems like he could be about to call time on his spell in the Spanish capital if Real get their way. 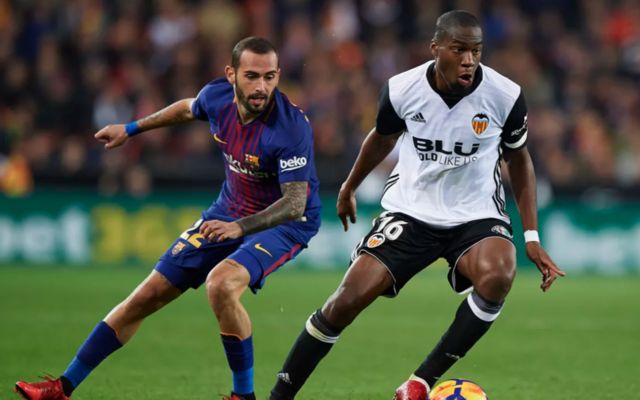 Kondogbia has managed to make quite a name for himself during his time with Valencia, and given his performances for Los Che, it’s no surprise to hear that Real are after his signature.

The 26-year-old made 19 La Liga appearances last year, as he helped the club secure yet another year of Champions League football.

Paying €70M for him seems a bit steep, however if Real manage to sell Casemiro for a similar fee, it should be seen as a great of piece from Zidane and Co.