In the last few years, Senegalese international Koulibaly has managed to establish himself as one of the best and most dominant defenders on the planet, thus it’s no surprise to hear that a number of clubs are after his signature.

According to the Daily Mail, United are eyeing up Koulibaly as an alternative signing to Harry Maguire, with the Express also stating last month that Solskjaer’s side are interested in the defender.

However, it seems like the Red Devils have some pretty serious competition in the race to sign the Napoli star.

As per Diario Gol, Real are also in the hunt for Koulibaly, with Los Blancos even planning on submitting an offer of James Rodriguez plus a fee of €40M in order to sign the 28-year-old.

Given the fact that Sergio Ramos is approaching the end of his playing career, combined with the fact that both Raphael Varane and Nacho Fernandez were in poor form last term, it seem essential that the club bolster their defence in the near future. 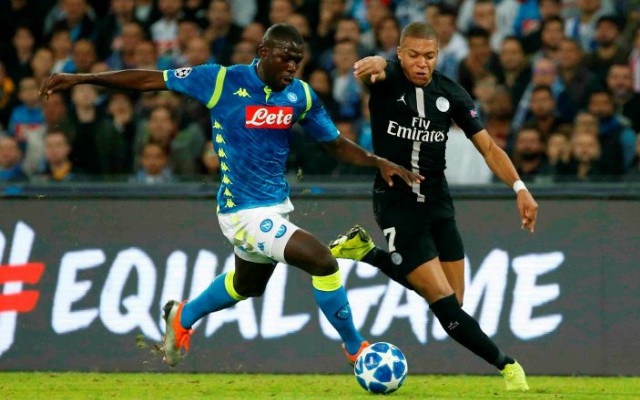 Koulibaly has arguably been Serie A’s best defender over the past few seasons, with the star playing a key role in Napoli’s recent impressive campaigns.

The centre-back, who first moved to Italy all the way back in 2014, is incredibly consistent, and we’re sure both of United and Madrid would be over the moon if they were able to sign him this summer.