This European giants is preparing a stunning move to lure Manchester United’s biggest star away from Old Trafford, the ace has sparked uncertainty over his future.

According to The Sun, Spanish giants Real Madrid are set to make an offer for Manchester United superstar Paul Pogba once Gareth Bale’s exit from Los Blancos is sealed.

The Sun understand that Bale is on the verge of completing a move to Chinese Super League side Jiangsu Suning, the Welshman will reportedly earn a world-record £1m-a-week when he heads to the Far East.

Former Tottenham star Bale currently earns £600,000-a-week with the La Liga outfit, as per The Sun’s report, clearing the star’s wage will pave the way for Madrid to fund a late bid to prise Pogba away from Old Trafford.

Pogba sparked controversy earlier this summer when he revealed that he was open to a ‘new challenge’, as quoted by the Guardian.

The Guardian’s report also states that Madrid boss Zinedine Zidane wants to sign the enigmatic superstar as he continues to overhaul his squad ahead of next season. 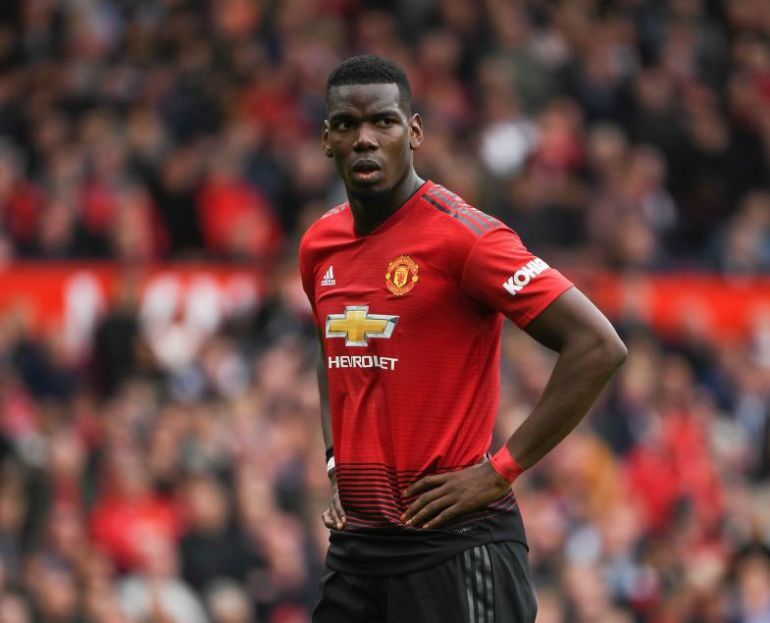 Paul Pogba could be leaving Manchester United in this transfer window.

The Sun claim that United have set an asking price of £150m for the Frenchman, should Pogba leave this will set a new record for the biggest transfer in Premier League history.

Philipe Coutinho left Liverpool to join Barcelona in a marquee deal worth a total of up to £142m, according to BBC Sport.

Pogba has largely failed to live up to expectations since he returned to United in a then world-record deal from Juventus back in the summer of 2016.

There’s a chance that Pogba could finally establish himself as an unstoppable force under the tutelage of Zidane, the French football icon may be able to inspire the star in a way that other managers have failed to do so.

If Pogba were to join Madrid this summer, Los Blancos would have a good chance to beating Barcelona to domestic honours and would be serious contenders to reclaim their Champions League dominance.

Zidane’s side would be near unstoppable if Pogba was to line up alongside the likes of Eden Hazard, Luka Modric and Raphael Varane.