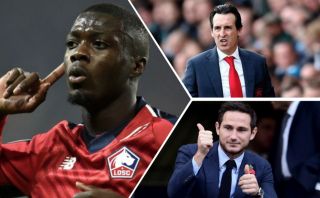 Arsenal look to be closing in a mega-money deal to sign Lille and Ivory Coast forward Nicolas Pepe this summer, a move that could end up spelling good news for rivals Chelsea.

According to French outlet L’Equipe, as translated by the Metro, Arsenal are one of four clubs to have agreed a £72M (€80M) deal with Lille for the player, with Fabrizio Romano also noting that the Gunners are leading the race to sign the highly-coveted winger ahead of next month’s deadline.

Arsenal are in advanced talks with Lille for Nicolas Pépé! Napoli are also working for him, but Arsenal now are leading the race and just made a new bid to Lille and also to the player ??? #transfers #AFC #Arsenal

And should they manage to win the race for Pepe’s signature in the coming weeks, it may end having a positive effect on Chelsea’s transfer hopes.

According to the Telegraph, the Blues are weighing up a transfer swoop for Wilfried Zaha, which would see him move to the club once their transfer ban has come to an end next summer.

As per Sky Sports, Arsenal are firmly in the hunt for Zaha, with the north London side having already had a £40M bid for the player turned down.

However, one would assume that if Arsenal were to spend big on Pepe, they would no longer maintain the desire, or funds necessary, to sign Zaha, especially considering the two Ivorians mainly play in the same position. 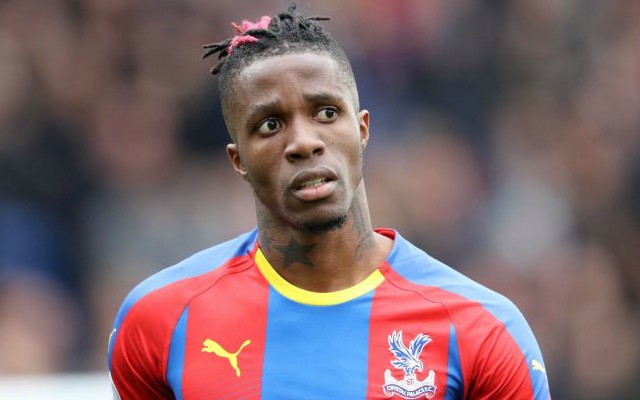 Pepe’s arrival could see Arsenal drop out of the race altogether, which means Chelsea would only have Everton left in their way in their pursuit of Zaha.

The same report from the Telegraph also states that the Toffees are prepared to offer £60M plus the services of Cenk Tosun to sign Zaha, a tasty offer to say the least.

However, given the fact that Chelsea are a much bigger club, and have more potential to qualify for next season’s Champions League in comparison to Everton, the Blues definitely have a fair chance in the race for Zaha.

Although they’ve already signed Christian Pulisic, Chelsea could do with signing Zaha to help fill the void left by Eden Hazard, who moved to Real Madrid back in June.

And if Arsenal end up getting their man in the form of Pepe, the Blues’ chances of signing the Crystal Palace forward could end up receiving a big boost.