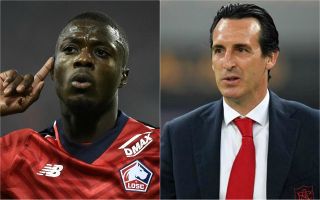 Arsenal are reportedly closing in on the transfer of Lille star Nicolas Pepe to majorly strengthen their attack for the new season.

BBC Sport are among the outlets claiming the Gunners have reached an agreement to sign the Ivory Coast international, who was one of the finest attacking players in Europe last season.

Playing a variety of roles out wide and up front, Pepe hit double figures for goals and assists, and has since been linked with a number of top clubs in the Premier League and elsewhere in Europe.

However, it now seems he’s set for Arsenal, so how could Unai Emery line up with this exciting new addition to his squad? 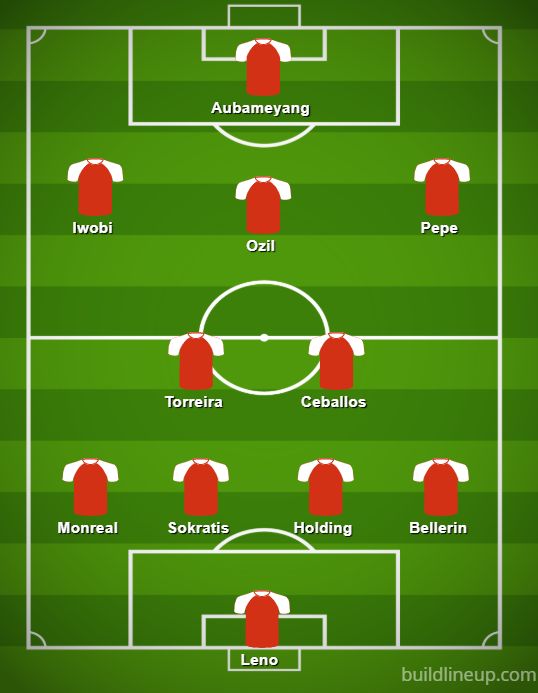 One of Pepe’s strongest positions is starting out on the right and cutting in on his stronger left foot, so that may be where we see him for Arsenal.

In the line up above, the 24-year-old is joined by Mesut Ozil and Alex Iwobi in an attacking midfield three, with loan signing Dani Ceballos in a slightly deeper midfield role.

Overall, this looks a very strong XI and something Emery could really do fine work with after a slow start at the Emirates Stadium upon inheriting a weak squad from Arsene Wenger. 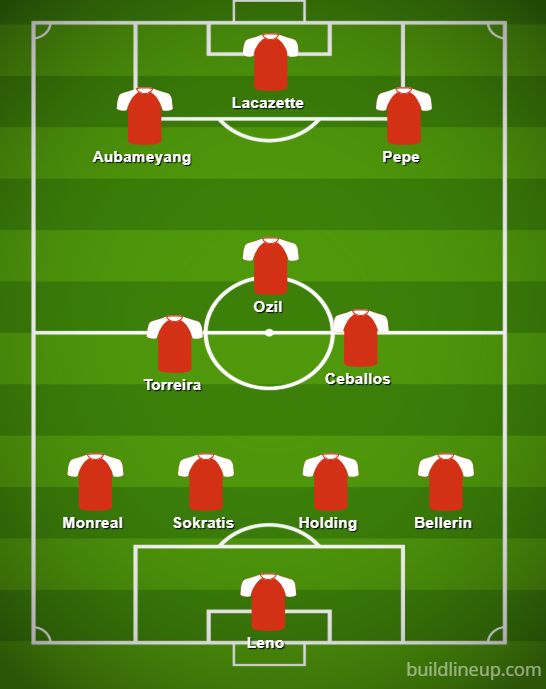 Nicolas Pepe in Arsenal’s line up

Alternatively, Pepe could also play on the right, but with slightly more attacking freedom as part of a front three with Pierre-Emerick Aubameyang and Alexandre Lacazette.

Aubameyang may not be quite as dangerous from the left-hand side, but has played there to good effect before, while Lacazette has shown he very much deserves to be in Emery’s thinking.

There’s plenty of pace and goal threat in this attack, which could well be up there with the finest in the Premier League.

As part of a front two 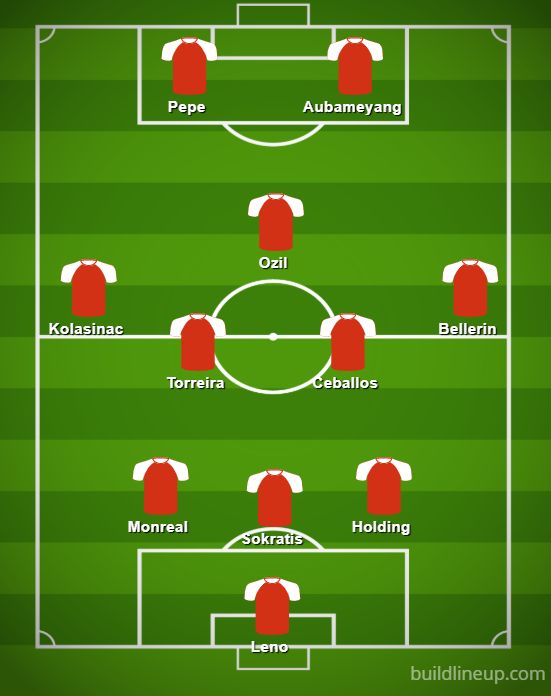 Finally, Arsenal could also revert to this kind of line up that Emery experimented with a few times last season, as it allowed him to use Aubameyang and Lacazette as a more traditional front two.

Here, however, Pepe may well get in ahead of Lacazette and could be a superb partner for Aubameyang up front.

Hector Bellerin and Sead Kolasinac would then provide the width as wing-backs, while Ceballos and Ozil will hope to provide the creativity from slightly deeper midfield positions.

However Emery decides to select his XI next season, the signing of Pepe looks to give him plenty of exciting options and a generally far stronger squad than before.