Arsenal fans have been left distraught after seeing Alexandre Lacazette pictured wearing a boot following his ankle injury for the Gunners this afternoon.

The star striker had to limp off the pitch against his former club and it appeared as though the star injured his ankle.

The Frenchman was replaced by promising youngster Reiss Nelson.

Arsenal fans were worried after pictures surfaced online of the ace wearing a protective ankle boot, the north London club’s fanbase will be hoping that this was just a precaution.

Lacazette was pictured sporting a boot whilst he watched his teammates from the sidelines:

Lacazette suffered an ankle injury in the first half of a pre-season friendly against Lyon and is currently wearing a protective boot on his left foot. Doesn't look good at all. pic.twitter.com/oa6OuPamOq

Lacazette formed a fruitful strike partnership with superstar Pierre-Emerick Aubameyang last season, the former Lyon star scored 19 goals across all competitions and he played a major hand in crafting opportunities for his partner.

Aubameyang showed that he’s heading into next season full of confidence, the Gabon star opened the scoring for the Gunners in the 34th minute. Take a look at the goal here.

Check out some reaction to the star’s injury below:

saw him limping, praying to god

Can only assume it’s precautionary. Doubt he’d be back out on the bench if it was bad.

Couldn't care less about losing in a meaningless pre-season friendly. However, defensively we are still a shambles and the news about Lacazette leaving the Emirates in a boot is incredibly worrying.

Defending is really concerning, but we didn’t expect much more. Biggest worry is the injuries. Hopefully nothing serious but the photo of Lacazette in a protective boot didn’t look good.

#AFC | Lacazette is sitting on the bench in a protective boot… Make of that what you will. Doesn't look good!#EmiratesCup

Fans will be hoping that Lacazette is fit and ready for the Gunners’ Premier League opener on the road to Newcastle United. 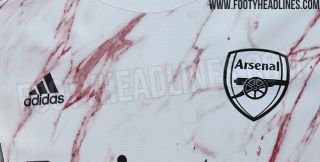