Back in the day, Arsenal seemed to have half the French national team on their books as club legends like Thierry Henry and Patrick Vieira did their thing.

In fact, when Vieira and then-Gunners star Emmanuel Petit combined for the third goal in France’s 3-0 World Cup final win over Brazil, we saw this famous headline from the Mirror: 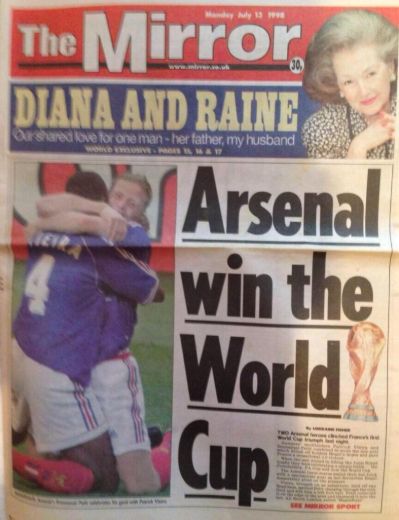 Arsenal win the World Cup, says the Daily Mirror in 1998

It’s fair to say, former Arsenal manager Arsene Wenger liked to raid his native France, though signings like Henry and Vieira did not actually come from the French top flight, joining from Juventus and AC Milan, respectively.

Still, plenty of others got going in Ligue 1 before moving to Arsenal, much in the way that Lille star Nicolas Pepe looks set to do as BBC Sport claim a deal is close for the Ivory Coast international to move to the Emirates Stadium.

So, here’s our best effort at a strong XI of Arsenal stars past and present who were poached from French clubs… 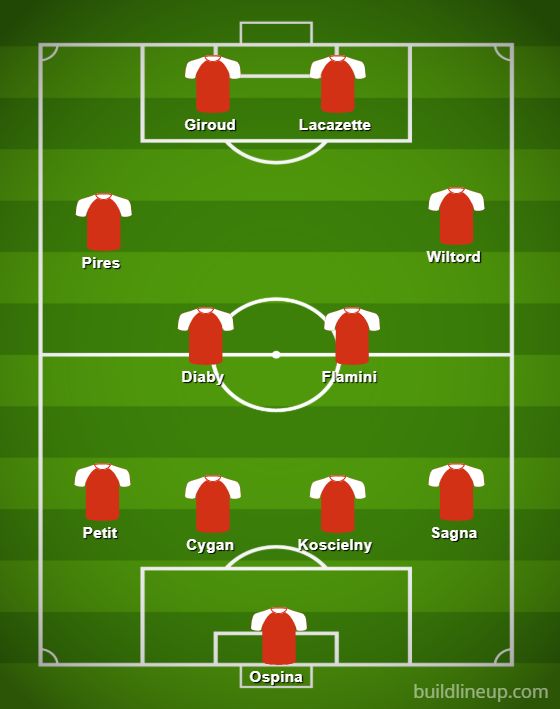 Signed from Nice in the summer of 2014, David Ospina was never really intended to be first choice in goal, and so it showed with a series of unconvincing displays. The Colombia international was, however, a decent enough backup and the only other goalie the Gunners have signed from Ligue 1 was Guillaume Warmuz, who never played a game for the club.

An inspired signing in the summer of 2007, Bacary Sagna was not the biggest name at previous club Auxerre, but went on to have a great career at Arsenal. The powerful right-back would surely have won more with the north Londoners in a different era, but had to make do with just one FA Cup win for his efforts. He’d later play for Manchester City, picking up a League Cup win in 2015/16.

Not usually a left-back, though he could fill in there, Emmanuel Petit was another of Wenger’s finest signings, arriving from Monaco in the summer of 1997. The versatile star helped Arsenal to the double in his first year with the club, and followed it up with those World Cup final heroics later that summer.

He may be close to leaving Arsenal and damaging his reputation in the process, but Laurent Koscielny has been another huge success for Arsenal. Another player who arrived as a relative unknown in 2010, the French centre-back has been a hugely important player for the club for close to a decade, winning three FA Cups and scoring a crucial equaliser in one of those, as well as numerous other big goals at important moments.

Highly rated when he joined from Lille, it’s fair to say Pascal Cygan did not make the most successful transition from French football to English football, but was a decent enough backup, forming part of that Invincibles squad in 2003/04.

Snapped up from Marseille as a youngster, it took some time for Mathieu Flamini to show his best form, but he showed some truly superb form in 2007/08 in particular before leaving on a free for AC Milan. He later returned for a second spell and was again a reliable, hard-working squad player. 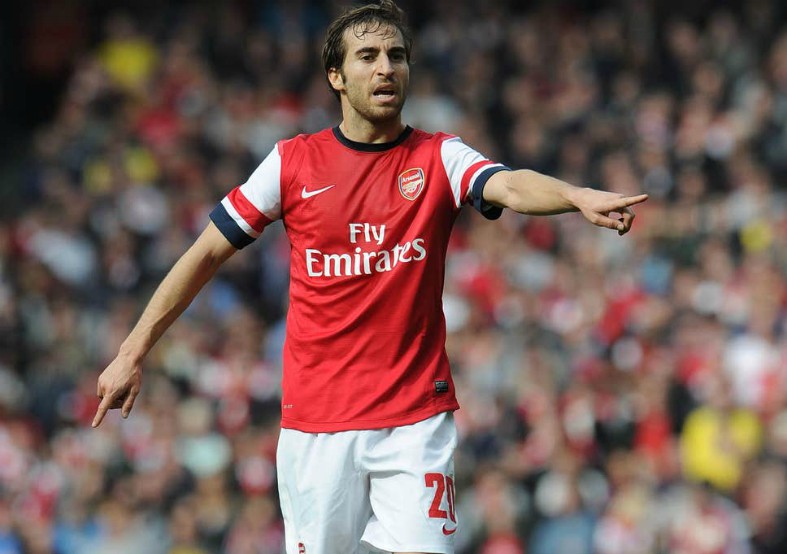 Another great find in Ligue 1, Abou Diaby was clearly a top talent who would have achieved so much more if not for his injuries. Compared to Patrick Vieira, Diaby actually at times looked more like attack-minded players like Yaya Toure or Paul Pogba, but simply never got enough of a run of games going due to repeated fitness woes.

Not everyone’s cup of tea, but Sylvain Wiltord was a big-money signing from Bordeaux at the time he joined Arsenal, and he scored some important goals for them, none more so than *that* 2001/02 Premier League title winner against Manchester United at Old Trafford.

What a signing. Poached from Marseille in the summer of 2000, Robert Pires is now surely regarded as one of AFC’s finest ever players, scoring a collection of stunning strikes to help the club to the 2001/02 double, the 2003/04 Invincibles season, with an FA Cup final-winning goal sandwiched in-between. One of the most stylish and skilful wingers ever to grace the English game.

He took a while to get going, but Olivier Giroud joined Arsenal from Montpellier as a Ligue 1 title winner, and eventually showed his worth for the Gunners, scoring 105 goals for the club and somehow remaining a real fan-favourite despite joining rivals Chelsea – some feat. It would also be criminal not to put this classic goal of his in here, which is surely the best of his career and one of Arsenal’s most memorable of all time…

A big-money signing from Lyon in the summer of 2017, Alexandre Lacazette has proved a superb purchase, and continues to shine for this Arsenal side, forming a fine partnership with Pierre-Emerick Aubameyang up front. The 28-year-old currently has 36 goals from 88 appearances for the Gunners, helping them to last season’s Europa League final.

There have been some other less successful names, many of whom Arsenal fans might rather forget…

Gervinho – another Ivory Coast forward who joined from Lille. Not the best omen.

Marouane Chamakh – somehow, a free transfer who looked overpriced. The Moroccan striker joined after impressing at Bordeaux and was a total flop in England.

Nicolas Anelka – snapped up from PSG at a young age, quickly became a real hit before a controversial transfer saga that led him to Real Madrid and soured his reputation in the red half of north London.

Emmanuel Adebayor – had a bit of a purple patch in 2007/08, but never really looked good enough. Despite this, he left for Manchester City and trolled his old club with *that* celebration.

Park Chu-young – signed from relegated Monaco in the summer of 2011, the South Korean barely played for the club in one of the most puzzling signings of recent times.