Matteo Darmian has not travelled with the rest of Man United’s squad for their pre-season friendly in Oslo tomorrow, amid reports linking him with a move to Barcelona.

Darmian made just seven appearances for Ole Gunnar Solskjaer’s side in all competitions last year, with the defender now seemingly out-of-favour at Old Trafford.

And given recent news, it seems like the Italian’s time with the Red Devils could be coming to an end sooner rather than later.

As per journalist Rob Dawson on Twitter, Darmain, and Romelu Lukaku, have been left out of United’s squad for their friendly clash against Kristiansund, news that could be good news for Barcelona.

Lukaku and Darmian not travelling to Oslo with United squad for game against Kristiansund tomorrow.

According to Sport Witness, Barca have been linked with a move for the Italian international, with the Spanish giants said be ‘attentive’ to the player and his situation.

The report also notes that United are going to want less than €10M for the defender’s signature, a good price to pay for a player who’d more than likely be a back-up option at the Nou Camp. 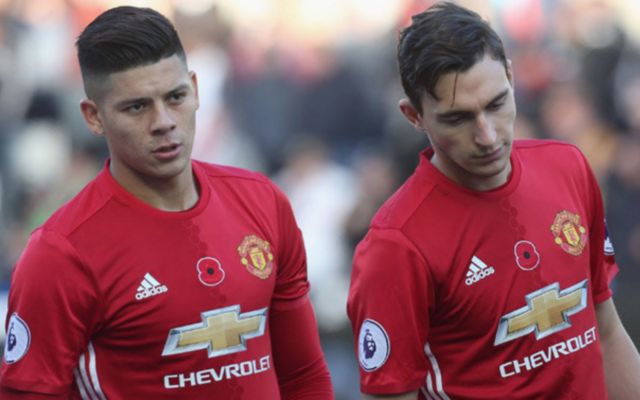 Barca could do with adding to their options in defence this summer, especially seeing as they have limited choices to pick from at both left-back and right-back.

Jordi Alba and Nelson Semedo are the only top class full backs in the Blaugrana’s squad, and if they are to go all the way in every competition this year, Ernesto Valverde’s side are going to need more depth at the back.

Will they end up going for Darmian ahead of next month’s deadline? Looks like only time will tell…