Chris Sutton isn’t exactly known for keeping his opinions to himself. His latest comments have come in response to a Rangers player claiming the Ibrox side were the best in the league.

He went on to say: “I know we haven’t played Celtic yet and the league hasn’t started. But for me coming here, I feel like Rangers are the best team. It’s one of the reasons I signed here.”

Since being liquidated in 2012, Rangers have only won lower division titles and the Petrofac Training Cup so it was only a matter of time before Sutton would point that out.

Yes of course and they’ve proved it over the last 8 years… https://t.co/rqTffHjXW6

It’s a bold claim for Ojo to make which will add additional pressure on the Ibrox side this summer, but it’s not utterly ridiculous.

Liverpool loanee Ojo believes Rangers are the best in the league

Rangers have strengthened this summer and signings like Filip Helander, Jordan Jones and Ojo himself make them a better team than last season. Steven Gerrard’s side closed the gap to nine points last year so they aren’t far way from winning the league.

The problem with his comments are they come before the season has started and he is yet to play against any other Premiership sides yet. Celtic still look stronger overall, while Hibs and Aberdeen have strengthened so could push for second spot.

It’s probably best advised for Rangers players to focus on winning on the pitch before they make comments in the media about being the best in the country. 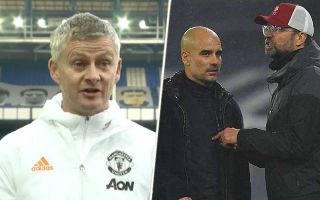