Former Arsenal striker Anthony Stokes has admitted to stalking his ex-girlfriend during a recent court case.

According to the Mirror, Stokes admitted in court that he’d sent 100 messages a day to his former girlfriend via Whatsapp and email.

The former Celtic star called his ex-girlfriend a number of abusive slurs, as well as turning up to her house late at night, a court heard recently.

Stokes also demanded that his ex-girlfriend tell him her whereabouts, as well as pestering her mother during his stalking over her.

News like this is always horrible to hear, and although he hasn’t been named guilty as of yet, given the fact that he’s admitted all these factors, it seems very likely that the former Gunners man will be punished in the near future. 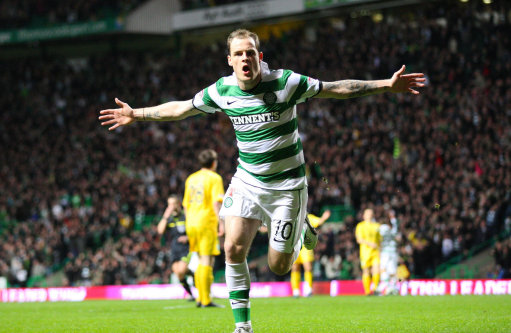 Stokes has admitted to excessively stalking his ex-girlfriend in court

Stokes made his debut for the north London side back in the 2004/05 campaign, with the Irish star coming on in a League Cup game.

Since then, Stokes has played for a number of clubs, including Scottish giants Celtic and former Premier League side Sunderland, with the striker also winning a number of trophies during his career as well.

However, it’s pretty safe to say that fans will turn on the forward should he be found guilty in this case.

Anthony Stokes convicted of stalking ex-girlfriend, ordered to stay away from her September 9, 2019 17:08
Arsenal FC