Man City fans have been handed some good news, after it was reported that Bayern Munich are not in talks with the club over signing Leroy Sane.

A recent piece from the Mirror did state that Bayern had opened negotiations with City regarding a deal for German international Sane, who Pep Guardiola’s side want £90M for.

However now, recent reports have been published that note the club are not in talks with the Bundesliga outfit over a deal for one of City’s most coveted players.

According to the Manchester Evening News, Guardiola’s side are not talking to Bayern regarding a potential transfer for Sane, with no future talks planned either.

City fans will be delighted to hear that their side aren’t in talks over selling Sane this summer, as the German has become somewhat of a fan-favourite during his time at the Etihad thus far.

The 23-year-old has been pivotal in City’s last two league title-winning seasons, and losing him this close to the transfer deadline would be a very risky move for the Citizens to make. 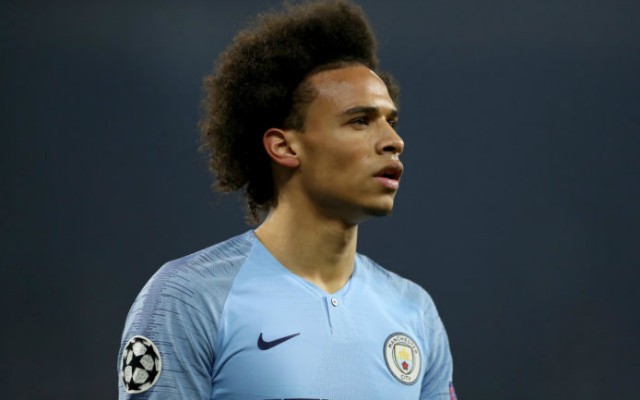 Last year, the winger bagged 16 goals and 18 assists in all competitions, as he helped City became the first team in English football history to win the League Cup, FA Cup and Premier League in the same campaign.

Bayern could do with signing Sane considering the fact that they’ve recently lost attacking duo Franck Ribery and Arjen Robben.

However, it seems like the German giants are far from close to sealing a move for the wide-man this summer following this recent news…