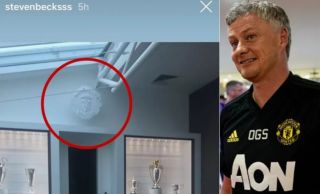 The agent of Leicester City star and Manchester United transfer target Harry Maguire appears to have been dropping transfer hints all over the place on social media.

The England international has been strongly linked with a move to Old Trafford for much of the summer so far after impressing in the Premier League in the last couple of seasons.

United also quite clearly need a new centre-back of his calibre after a shocking record of 54 goals conceded in the league last season saw them drop out of the top four.

It now looks like things may be happening, with respected journalist Fabrizio Romano among those providing a key update on the situation, tweeting below that Ed Woodward is eager to get this signing done and that the player himself wants the move as talks continue.

Man United will have new contacts soon with Leicester for Harry Maguire. Ed Woodward is working on this deal and strongly wants to sign the CB who Solskjaer asked. Talks ongoing, the player is pushing but Leicester have to decide soon. ? #MUFC #ManUnited #LCFC #transfers

Along with that, a few Man Utd fans noticed some interesting social media activity from Maguire’s agent Steven Beck.

Photos have been doing the rounds of Beck sharing via an Instagram story that he’d been at United’s Carrington training ground, with the story also picked up by Fox Sports.

See below for tweets from excited Red Devils supporters sharing the information, along with some also noticing he ‘liked’ a Maguire-United rumour on Twitter…

Harry Maguire agent @StevenBeckSSS at Carrington today, he’s also Garner’s agent tho, but cheeky time to upload this with all the speculation ?? pic.twitter.com/0cS7EMTSIX