Moise Kean’s brother has posted an image on Instagram of the Italian forward posing in an Everton shirt.

The Sun note that Kean looks to be heading from Juventus to Everton in a £29million deal, and Toffees fans can probably expect an official announcement pretty soon. 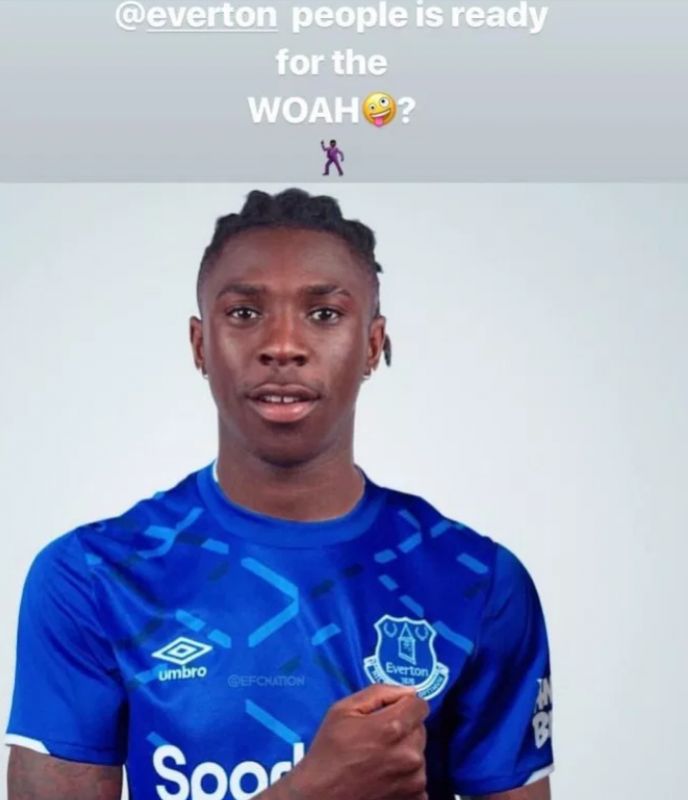 Moise Kean in an Everton shirt, as leaked by his brother

See above as Kean can be clearly seen in his new club’s gear as they seemingly prepare an announcement for their website and social media pages.

The 19-year-old has long looked an exciting talent and it’s quite a surprise Juve seem to be letting him go, with Everton doing well to pounce for this quality attacker.