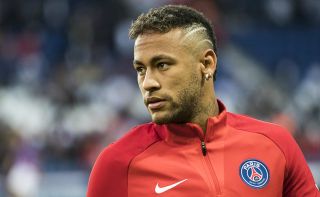 Paris Saint-Germain have sensationally cut Neymar’s asking price almost in half, according to latest transfer gossip surrounding the Brazilian forward.

The 27-year-old was apparently valued at as much as €300million earlier in the summer when Barcelona first came calling, but PSG would supposedly now accept just €180m for their star attacker, according to Sport.

MORE: Neymar rape case suspended by police, final decision to be made by prosecutors

The report mentions links with Barcelona and it has generally been the Catalan giants most strongly linked with re-signing the player they sold to PSG two years ago.

Neymar was a big hit at the Nou Camp and one imagines he’d be welcomed back to the club to form a stunning attack alongside the likes of Lionel Messi, Luis Suarez and summer signing Antoine Griezmann.

Don Balon have also linked Neymar with Manchester City, claiming manager Pep Guardiola had personally contacted the South American over a move to the Etihad Stadium.

Neymar’s asking price has been slashed by almost half

There’s no doubt Neymar would be a huge statement signing by the Premier League champions and potentially help them go that bit closer to finally achieving Champions League glory.

That said, many felt the former Santos man would also help PSG to do that, and that has not proven to be the case.

Still, for €180m one imagines more clubs might be more willing to gamble on this potential transfer.