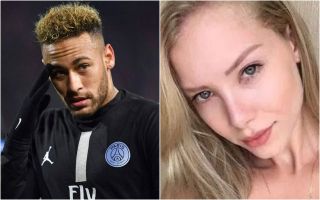 The rape case against Paris Saint-Germain superstar Neymar has reportedly been suspended by police due to a lack of evidence.

This is according to the BBC, who add that the whole saga may not be over just yet, however, as the case will now be sent to prosecutors for a final decision.

MORE: Barca set to miss out on Neymar as PSG prefer to sell to a specific club

Neymar has previously denied any wrongdoing after Brazilian model Najila Trindade alleged that the former Barcelona forward attacked her in a hotel in Paris.

Earlier this summer, the 26-year-old gave an interview to Brazilian TV detailing what she alleges took place between her and Neymar.

In quotes translated by the Sun, she said: “He turned me on my back and started the act, I asked him to stop and he kept hitting my butt.” She further described it as “Aggression and rape.”

It seems police do not believe there is enough solid evidence to work with here, so Neymar will now be hoping to clear his name and see the last of headlines of this nature.

The 27-year-old has had a difficult summer, having also been strongly linked with a move away from PSG, with Barcelona suggested as a possible destination by ESPN and others.