Chelsea midfielder Kasey Palmer is reportedly undergoing a medical at Championship club Bristol City ahead of a permanent transfer.

The 22-year-old rose through the Stamford Bridge ranks at youth level before graduating to the senior squad in 2016 but has since failed to earn a single first-team appearance.

The English playmaker took in loan spells at Huddersfield, Derby and Blackburn before spending the second half of last season on loan at Bristol, where he scored twice in 15 Championship appearances.

According to Football Insider, Palmer has undergone a medical at Ashton Gate on Wednesday afternoon, having received Frank Lampard’s blessing to move on to pastures new.

The report states that Chelsea value the midfielder – who still has two years left on his current deal at the Bridge – at around £4 million, but the final fee has not yet been revealed.

Lampard has no use for Palmer as he approaches his first season in charge of the Blues, with his long association with the club now set to draw to a close.

The one-time England U21 international was never granted the opportunity to prove himself in west London, despite impressing during his various spells away from Chelsea. 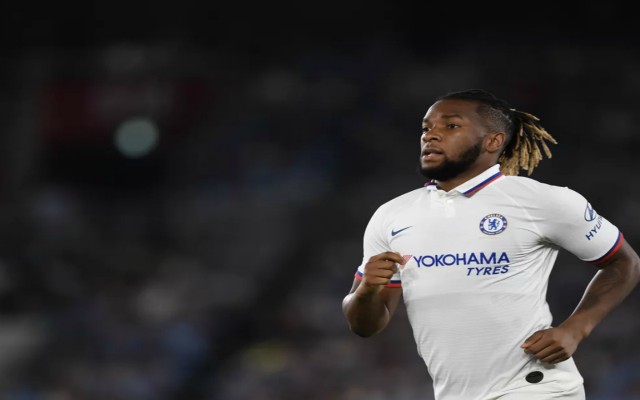 Palmer in pre-season action for Chelsea

Palmer has already shown he can be a great asset for Bristol City and with regular playing time under his belt, there is every chance his career could still take off in the coming years.

Despite his lack of football at Chelsea, it might be seen as a strange move for the club to offload a promising youngster while being unable to bring in any new players to reinforce the current squad.

The Blues were hit with a transfer ban earlier in the year which has prevented them from signing any extra reinforcements ahead of the 2019-20 campaign.

Palmer might have been a good back up option for Lampard to consider, but it now appears he will continue his development in English football’s second tier.