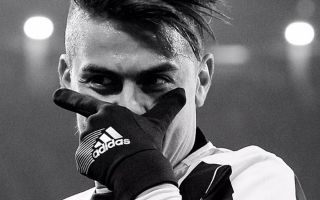 There’s no doubt the Paulo Dybala Manchester United transfer saga unfolding needs to be approached with caution, as the circumstances of the signing look far from ideal.

According to the Independent and various others, a swap deal involving Romelu Lukaku moving to Juventus is half done, with the Belgium international accepting a contract from the Serie A giants.

Now it’s down to Dybala to decide on joining Man Utd, and just days ago Sky Sports claimed he wanted to stay where he is, which he also hinted at today with some Instagram activity we reported on earlier.

Clearly, signing a player who seems unsure about you is far from ideal. Dybala is right to be sceptical, with United a shadow of their former selves – out of the Champions League, two years without a trophy, six years without a league title, under a relative rookie as a manager, and with a dysfunctional squad full of the likes of Ashley Young, Phil Jones, and an unsettled Paul Pogba who wants to leave, as his agent Mino Raiola told the Times earlier in the summer.

There’s no doubt this potential deal is a gamble, but what choice do Man Utd have? We’ve put together five reasons signing Dybala is surely still a risk worth taking…

It wasn’t long after Solskjaer’s arrival as MUFC manager that Lukaku was out of the team and Marcus Rashford took the centre-forward spot.

And as we’ve seen from pre-season, the Norwegian tactician clearly favours pacey runners up front, instead of the more target-man-esque Lukaku.

While this is a bit harsh on Lukaku, who has shown throughout his career that he’s more than just a big man up front, he does look to have lost a yard of pace since joining United, looking slow and sluggish and with an increasingly poor first touch.

It’s not clear if Dybala’s arrival would mean replacing the former Everton man at centre-forward, but it is a role he can play, and perhaps one he can fulfil more to Solskjaer’s liking than his predecessor.

The 25-year-old is a small, quick, skilful forward who scores from a variety of angles and distances – a far more complete player and more like the modern forward United need in order to catch up with their rivals.

Youngsters not yet ready to step up

We’ve seen some promising performances from the likes of Mason Greenwood, Tahith Chong and Daniel James in pre-season, but it might be a bit soon for them to step up for United.

United will need more proven players if Lukaku goes and leaves them with still relatively inexperienced stars like Marcus Rashford and Anthony Martial as their most senior attackers.

That, of course, is excluding the likes of Alexis Sanchez and Jesse Lingard, both of whom are now surely at the stage where their form for the Red Devils is unlikely to improve much.

Dybala could well be the player Sanchez was supposed to be for United, and he’ll help ease the transition from the academy to the first-team for promising starlets like Greenwood and Chong.

Man Utd fans will no doubt be aware that Pogba and Dybala have played together before to good effect, and this partnership could work wonders for Solskjaer’s side.

The troubled Frenchman has arguably lacked that kind of a partner further forward in this United team since he joined, with Sanchez and Lukaku struggling, while Wayne Rooney was past his peak when he arrived.

Pogba’s presence could help Dybala settle, while one imagines a signing of this calibre could also help persuade the 26-year-old to stay at Old Trafford.