Manchester City’s interest in this exciting star could boost rivals Manchester United’s hopes of selling one of their out of favour defenders this summer.

The Portuguese star is a prime target for City boss Pep Guardiola and it’s reported that the Italian champions are prepared to sell the ace for over €50m.

City’s potential swoop for the star will hand rivals Manchester United a boost as Maurizio Sarri will eye a move for Red Devils misfit Mateo Darmian or Napoli star Elseid Hysaj to replace Cancelo if he moves to the Etihad Stadium this summer.

#Juventus Sporting Director Fabio Paratici is now in London to talk withManUtd about #Dybala and #Lukaku. He will also get up to date with the situation of Dybala's agent @goal 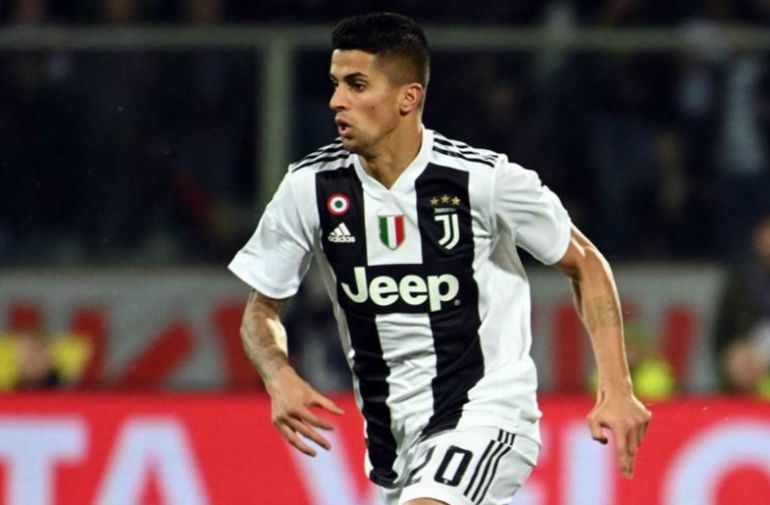 Cancelo would be a massive addition to City.

Cancelo’s future in Turin is uncertain, Pedulla’s report highlights that whilst the star is regarded as a high-quality player, the ace’s attack-minded style of play don’t look as though they will suit Sarri’s decision to opt for a traditional back four.

Cancelo is a tireless wing-back who has shown his lethal crossing ability since joining Juventus, the 25-year-old would fit in perfectly at City.

On the Darmian front, the Italian has been out of favour at United for some time now and the Red Devils really need to get the former Torino star’s wages off their books.

With no role in the first-team, keeping Darmian at Old Trafford is pointless. Ole Gunnar Solskjaer will be hoping that the transfer merry-go-round works in their favour should City sign Cancelo.