The 17-year-old has not yet signed his first contract as a professional but is tied down to a deal as a youth player at Orange Velodrome, which is set to run for one more year.

According to The Sun, the teenage attacker is hoping to pledge his future to Marseille, but his representatives have so far been unable to reach an agreement with the club.

La Provence reports that Man United are now plotting a transfer bid for Lihadji, who is also wanted by Spanish champions Barcelona.

Andre-Villas Boas granted the highly-rated French starlet a senior appearance in an 8-1 pre-season friendly win over DC United last week and he is now hoping for a regular role in the upcoming campaign.

Lihadji wants assurances he will be given the chance to prove himself at Marseille in the next year, but his head could yet be turned by interest from abroad. 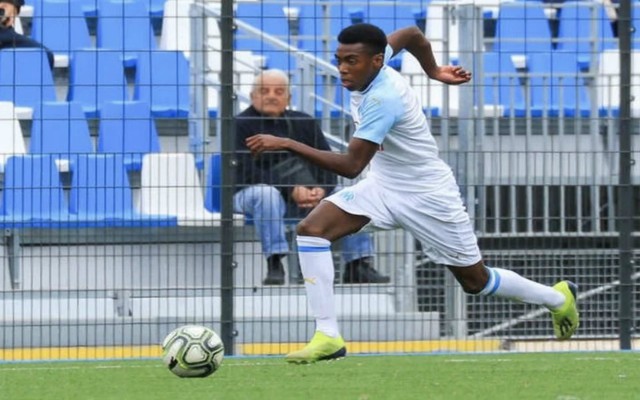 Lihadji in action for Marseille’s U17 team

The Sun states that Everton are also interested in the France U17 international, but no formal offers have yet been submitted by any potential suitors.

Old Trafford could be the ideal place for Lihadji’s talent to develop given United’s proud history of nurturing young players, but he might be granted more regular minutes on the pitch at a club like Everton.

Competition for places in Manchester or Barcelona would be fierce, whereas at Goodison Park, Marco Silva might be more inclined to offer the Frenchman a place in his starting XI.

It remains to be seen where Lihadji ends up plying his trade come the end of next week, but if United really want to win this particular transfer race they will have to come up with an appealing offer as quickly as possible.