Man United transfer target Paulo Dybala is said to want £1750,000-a-week from the Red Devils if he is to sign for them this summer, according to journalist Mario Gago Huerta.

A lot has been made of Dybala’s future in the past few days, with reports being published left and right linking the Argentine with a move to Old Trafford.

According to Gazzetta Dello Sport, United and Juventus have agreed a swap deal that’ll see Dybala and Romelu Lukaku swap places this summer.

Gianluca Di Marzio have also noted that the player’s agent has made his way to London, with him suspected to talk with United regarding a deal for his client.

And following recent news, it seems like United are going to have to pay the Argentine international a pretty penny if they want to land his signature ahead August 8th’s transfer deadline. 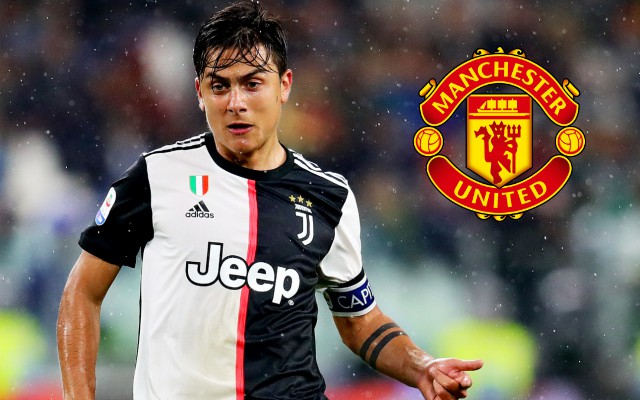 As per journalist Mario Huerta, a swap deal for Dybala and Lukaku is very close to being finalised, with the Juve forward’s agent talking to the Red Devils, with Dybala himself wanting €10M-a-year (£9.1M-a-year).

£9.1M-a-year would see Dybala take home around £175,000-a-week should he sign for Ole Gunnar Solskjaer’s side, a reasonable wage for a player of his quality.

Dybala is still one of the world’s best attacking talents despite his poor form with the Old Lady last term.

The 25-year-old bagged just five goals in 30 Serie A games for Maurizio Sarri’s side last year, a poor return for a player of his ability.

However, Dybala would still be a great signing for United, and we think he’d definitely be an improvement on Lukaku should this proposed swap deal go through.