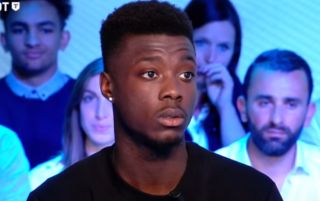 An old video is doing the rounds of Lille star Nicolas Pepe talking about how much he’d love to seal a transfer to Chelsea.

See below as the Ivory Coast international names the Blues as a club that makes him dream, and naming them as the only club in the Premier League he’d ever want to join.

This is a bit awkward as Goal and others widely report that he’s about to become an Arsenal player.

It seems Pepe has a big affection for one of the north Londoners’ main rivals, and perhaps he’d have been heading to Stamford Bridge this summer if not for that pesky transfer ban.

And below is a version with subtitles, as flagged up by a Chelsea fan back in January…

Nicolas Pepe: "Chelsea is the club that makes me dream, the only club in England that I would sign for"

Heard this is your clubs record signing ??? pic.twitter.com/mMziNYI67P