Liverpool defender Dejan Lovren is the subject of interest from Roma, who are lining up a transfer bid before the August 8 deadline.

The Reds are thought to be keen on retaining the Croatian’s services for at least one more year, despite the fact he fell behind the likes of Virgil van Dijk, Joe Gomez and Joel Matip in the squad pecking order last season.

The 30-year-old was restricted to just 13 Premier League appearances in total and only featured three times during Liverpool’s run to Champions League glory.

Roma, meanwhile, missed out on the chance to sign Tottenham’s Toby Alderweireld this summer, but they have now set their sights on a move for Lovren instead.

According to Gazzetta Dello Sport, the Serie A giants are preparing to launch a transfer swoop for the Liverpool star, with a bid of around €20 million likely to be enough to secure his signature. 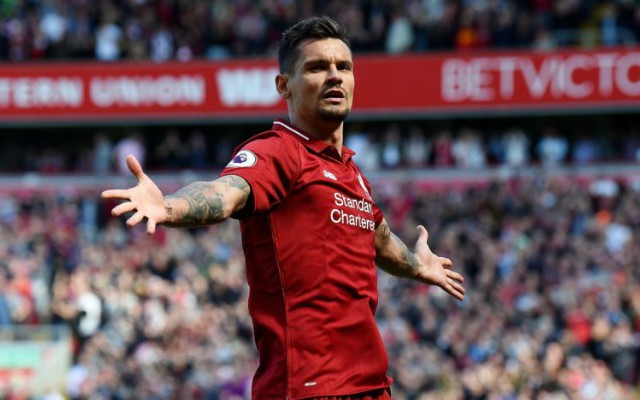 Dejan Lovren in action for Liverpool

Lovren moved to Anfield from Southampton in 2014 and has since racked up over 150 appearances for the Reds across all competitions, but he is unlikely to be a regular in Jurgen Klopp’s team for the 2019-20 campaign.

At Roma, he would surely be granted a more prominent role and if he is able to rediscover his best form in Serie A, he could end up prolonging his career at the highest level by a few extra years.

Liverpool’s defence is now one of the most fierce in European football and Lovren has had very little to do with that, which is why it may be best for both parties for him to move on to a new challenge.

Italian football might suit the Croatia international and he would still have the opportunity to fight for major silverware with a formidable Roma squad in both continental and domestic competitions next season.