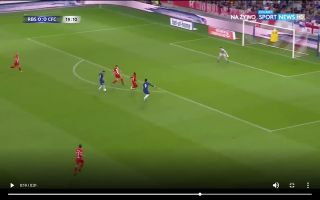 Christian Pulisic is off the mark for Chelsea. The American has scored his first goal for the Blues with this superb finish against Red Bull Salzburg.

Pulisic opened the scoring for Chelsea in the 20th minute of today’s pre-season friendly. The United States international was played in on goal after a stunning pass from veteran winger Pedro.

After latching onto the Spaniard’s long-range pass, Pulisic tricked Salzburg’s defenders before firing the ball into the bottom corner just inside the box.

Take a look at Chelsea’s opener below:

Christian Pulisic has just scored his first goal in a Chelsea shirt. May it be first of many ??? pic.twitter.com/GersL4Sfh0

Lampard will be hoping that Pulisic can help to fill massive gap left by superstar Eden Hazard next season, with the new season on the horizon – today was the perfect time for Pulisic to get his first goal for the Blues.