Sometimes a player will throw out a subtle hint to show if they agree or disagree with something in the media. Marcus Rashford has decided bypass any mystery and posted a video of him setting a copy of BT’s season script on fire.

The Manchester Evening News ran a story about Rashford’s reaction, which seems specifically aimed towards the Man Utd part of BT’s prediction. BT commissioned a supercomputer to run a simulation of the upcoming Premier League season using masses of data obtained from Google, Opta and Squawka. It predicted that Ole Gunnar Solskjaer’s men would finish 6th. Clearly Rashford disagrees:

Man United have only managed a top four finish twice since Sir Alex Ferguson left the club, so it’s not ridiculous to suggest they will struggle to make it back this season. It’s a huge season for Solskjaer as this will be viewed as his team given he’s had a transfer window to sign players and shape his squad.

Last season he was largely given a free pass after inheriting an awful situation from Jose Mourinho and it started extremely well for the Norwegian, before tailing off towards the end of the season.

Marcus Rashford has expressed his opinions over the predicitions but now he needs to perform consistently on the pitch to help propel Utd back towards title contention. 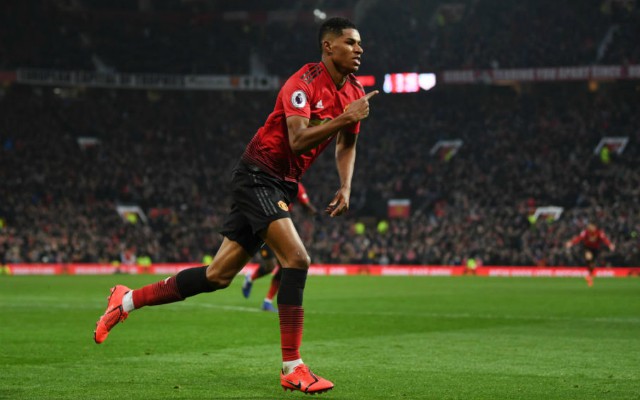 Will Rashford be celebrating come the end of next season?