Asano moved to Emirates Stadium in 2016 and was tipped for a bright future with the club, but he has ultimately been unable to live up to expectations in the famous red and white.

The 24-year-old failed to make a single senior appearance for the Gunners, but he did take in loan spells at Stuttgart and Hannover, with mixed success.

According to Mundo, Asano completed a transfer away from Emirates Stadium yesterday, signing for Partizan Belgrade for a €1 million fee which will be paid in instalments.

The report states the Japanese star has put pen to paper on a three-year deal with the Serbian club, which sees Arsenal make a loss on their initial €4 million investment.

Asano was never able to make his mark on English football, but the time he spent in Germany suggests he can still reach a reasonably high level in the game. 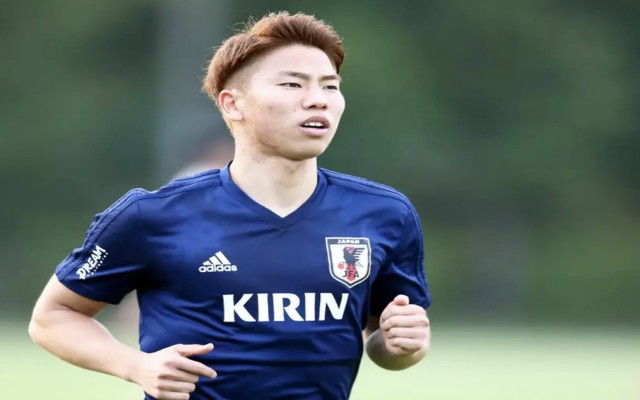 Asano in action for Japan

Partizan Belgrade are usually in the mix for domestic trophies and they are currently negotiating their way through the Europa League qualifying rounds.

Asano will likely compete for a regular spot in the starting XI at Partizan Stadium, which is a better alternative to sitting on the bench at the Emirates over the next year.

Arsene Wenger hailed the talents of the Japan international after signing him at Arsenal three years ago, but his potential has remained unfulfilled in the intervening years.

Unai Emery now occupies the hot seat at the Emirates and he has no use for Asano going forward, which is why his move to Serbia is ultimately in the best interests of both parties.