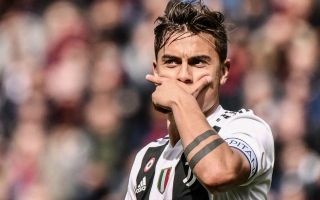 Manchester United were reportedly not that interested in the prospect of a Paulo Dybala transfer swoop this summer until the potential Romelu Lukaku swap deal came up as an option.

The Red Devils are often linked with many of the world’s biggest names in the transfer market, and it seems they had other ideas on how to strengthen their attack this summer.

According to the Evening Standard, Dybala was not their first choice, with Borussia Dortmund starlet Jadon Sancho fitting the bill for Ole Gunnar Solskjaer perfectly.

United were also apparently in for Nicolas Pepe, though their interest cooled as he neared a move to Arsenal, while the potential signing of Lyon striker Moussa Dembele was also explored, according to the Standard.

So, it seems MUFC are getting pretty much their fourth choice in attack, though of course that doesn’t mean he’s a bad player.

The Argentina international has long looked an exciting performer in Serie A, even if his form took a bit of a dip last season.

A straight swap involving Lukaku also means Man Utd can offload an unwanted player and bring in an upgrade without even paying a transfer fee, so it’s hard to say that’s bad business.