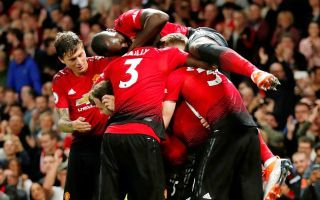 Manchester United have reportedly been offered the transfer of Real Madrid midfielder Toni Kroos as part of the Paul Pogba deal.

The France international has been the subject of much speculation this summer after a difficult three seasons at Old Trafford, with Real Madrid talked up as his most likely next destination.

A report from L’Equipe, as translated by Get French Football News, states that Pogba wants to leave Man Utd for the Bernabeu this summer, with his club working to replace him with Sergej Milinkovic-Savic and Bruno Fernandes.

However, it seems they could also land Kroos as a decent replacement in an exchange with Los Blancos, according to Don Balon.

The report suggests the Red Devils would not be against such a proposal, with Kroos long showing himself to be one of the best players in the world in his position.

The Germany international has won all there is to win in the game, having picked up the Champions League on four occasions in his career, whilst also winning the World Cup in 2014.

This kind of experience could be useful in a United squad that’s rather forgotten how to win the big prizes in recent times.

Kroos’ playing style also looks ideal for MUFC’s needs as they’re yet to truly replace club legend Michael Carrick since his retirement in 2018.

Another Don Balon report links United with Real Madrid’s Isco as part of the Pogba swap, and it makes sense that a number of different players might be discussed as options.