Man United’s defence has been an issue for a while with players like Phil Jones and Chris Smalling who aren’t good enough to play for a team with title aspirations. According to reports, Ole Gunnar Solskjaer may be looking to sign Daniele Rugani from Juventus.

According to Gazzetta Dello Sport via the Mirror, United see the Italian international as a possible signing after Eric Bailly looks set to miss the first few months of the season.

The story does mention that Harry Maguire is still the number one target this summer, but the Ivorian’s injury could necessitate another defensive signing. It also goes on to suggest that Arsenal are also interested in the player.

According to The Mirror article, Man Utd are still trying to sign Rugani’s teammate Paulo Dybala but a deal has not been finalised yet.

Rugani is seen as a solid defender but he can lack aggression. He notably went 52 appearances in Serie A without picking up a yellow card, which of course is something to be admired but sometimes a bit of aggression can be good in a defender too.

He’s known for his exceptional ability to read the game and intercept the ball, but hes also 190cm tall so isn’t easily beaten in the air. Since signing from Empoli, he’s gone on to play 69 league games for Juventus.

It’s hard to tell if he would be able to adapt to English football and be a successful signing for Utd. he often looked a weak link in the Juventus back line last season so it’s possible they would want to move him on. He would be a useful squad player for Solskjaer but on recent form he hasn’t shown enough to suggest he would be a standout first choice player in Manchester. 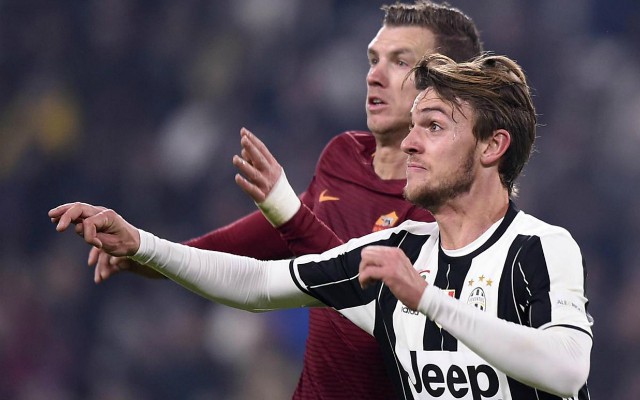 Rugani in action for Juventus