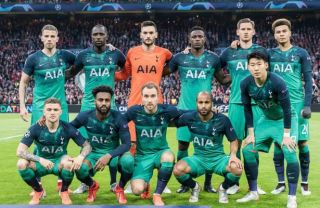 Roma reportedly haven’t given up on their quest to sign Tottenham Hotspur defender Toby Alderweireld, who is in the final year of his contract.

Alderweireld has been with Spurs since 2015 when he joined the club from Atletico Madrid. The Belgium international has since made 165 appearances for the north London outfit.

Last season, the 30-year old centre-back made 50 appearances across all competitions as Tottenham reached the Champions League final for the very first time in their history and finished fourth in the Premier League.

However, his current contract at Spurs expires next summer and his release clause of £25 million expired last week as stated by the Daily Mail.

According to Sky, Roma are interested in signing Alderweireld but Spurs are yet to receive any offers for the 30-year old, with the Italian giants looking to sign a centre-back following the departure of Kostas Manolas to join Napoli this summer.

One of the finest defenders in Europe at the moment, there is no doubt that Alderweireld will be an ideal replacement for Manolas and Roma need someone like him if they are to reach the Champions League next season.

Time will tell though if they are able to make an offer that Spurs consider acceptable for their influential stalwart.