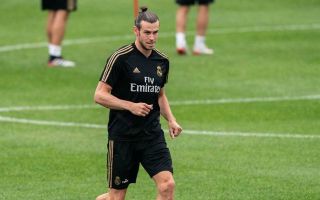 Real Madrid forward Gareth Bale will reportedly not leave the club in the current transfer window despite not being in Zinedine Zidane’s plans.

Bale’s move to Chinese club Jiangsu Suning was blocked by Real Madrid as the La Liga giants wanted a transfer fee according to the Telegraph.

With the closure of the Chinese transfer window on July 31, there is no chance that Bale will move now move there. The 30-year old is not in Zinedine Zidane’s plans for the upcoming season with the Sun claiming that the Frenchman won’t select him at all.

Despite this, the Welsh forward won’t make any attempts to leave Real Madrid and will stay at the club till at least the January transfer window according to AS.

The 30-year old winger featured in just one of Real’s pre-season matches but managed to score a goal against Arsenal.

With Real Madrid having made some high-profile signings this summer, it seems highly unlikely that Bale will feature much under Zidane in the upcoming season. However, if he manages to make a comeback, maybe the Welshman could play an important role for Real this season.