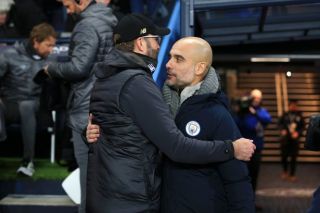 With Sadio Mane not returning to the squad before Monday, as per Sky Sports, Divock Origi will most likely start in Liverpool’s clash against Manchester City tomorrow.

Liverpool will be playing their first Community Shield since 2006 when they beat Chelsea 2-1. The Reds secured their place in the encounter by virtue of being the Premier League runners-up since Man City won the league as well as the FA Cup.

Tomorrow’s match will be the 22nd time Liverpool will play in the Community Shield. In their previous 21 appearances, the Reds won 15 times while losing 6.

Liverpool have almost all of their key players for tomorrow’s clash with Mohamed Salah, Roberto Firmino and Alisson returning to the squad.

With Alisson available, there’s little doubt so as to who Klopp will start in goal. The Brazilian was key to Liverpool’s performances last season, keeping 27 clean sheets across all competitions and also had a terrific Copa America where he was named the Best Goalkeeper of the competition, conceding just one goal, which was a penalty.

The midfield will probably be the most difficult one for Klopp to decide. The Reds have many top options in their squad. Fabinho could start as the defensive midfielder, while any two out of Jordan Henderson, James Milner, Georginio Wijnaldum, Alex Oxlade-Chamberlain and Naby Keita will take the remaining midfield spots.

Keita recently returned from injury so Klopp might prefer giving him some rest for this game. Henderson took on a more attacking role last season which resulted in him scoring a goal and assisting 5, while his leadership on the pitch would be a bonus.

Wijnaldum produced some terrific performances for Liverpool last season and he might just get the nod ahead of Milner and Oxlade-Chamberlain.

With Mane absent, there is little doubt that Origi will start up front alongside Salah and Firmino as he looks to build on his Champions League heroics at the end of last season and try to secure his place in Klopp’s plans this year on a more regular basis.

Both Liverpool and Manchester City are evenly matched and tomorrow’s match should be a thrilling contest. 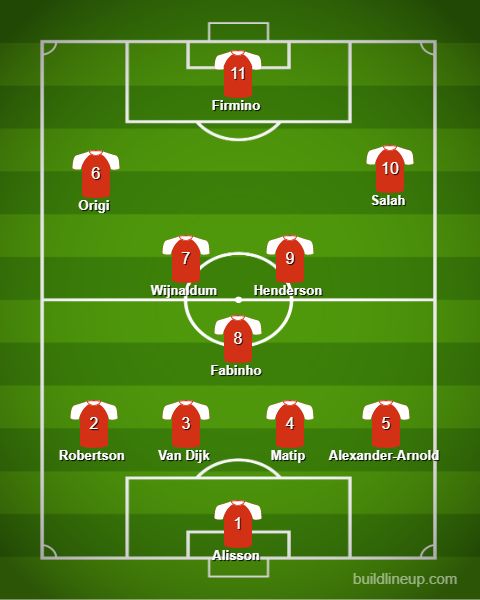