Manchester United could lose out on a key signing to Real Madrid, the Spanish giants are preparing a move to hijack United’s deal for this €70m target.

O Jogo understand that Madrid turned their attentions to the star after seeing Champions League finalists Tottenham fail i their bid to land the Portugal international.

O Jogo claim that super agent Jorge Mendes is working with Fernandes’ agent – Miguel Pinho, in order to secure a move to the Santiago Bernabeu this summer.

Italian outlet Corriere Dello Sport reported last week that the Sporting Lisbon captain was set for a medical with United after the Red Devils agreed a €70m deal to bring the star to Old Trafford.

Losing out on Fernandes’ signature will be a massive blow to United’s rebuild plans, Portuguese outlet A Bola understand that Ole Gunnar Solskjaer is a huge admirer of Fernandes’ talents.

A Bola also claim that the Norwegian sees the Portugal international as a integral part of the Red Devils’ plans to return to the top in the near future. 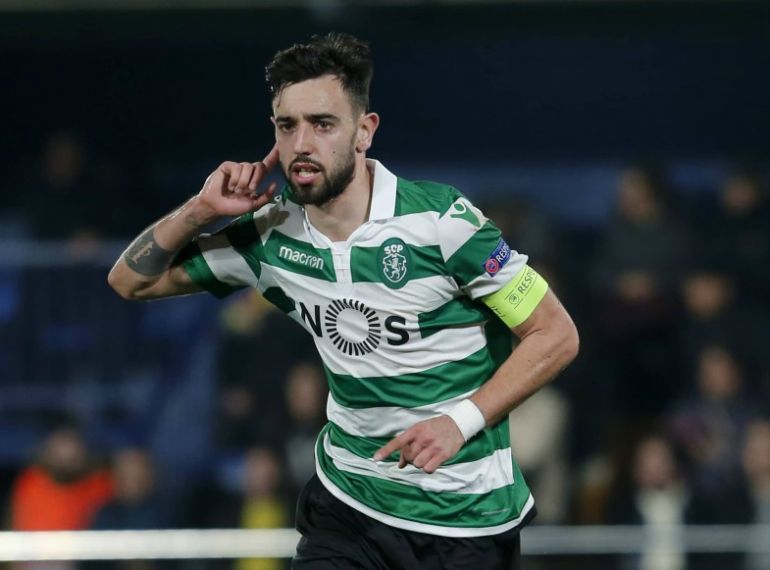 Fernandes could be the next part of Zinedine Zidane’s big-money transformation of Los Blancos this summer.

The creative midfielder would be a massive addition to Madrid’s ranks and his leadership qualities could see him help Madrid out of a sticky spot – just as he did with Sporting last season.

The Portuguese star was one of Europe’s standout performers last season, the 24-year-old managed to score 32 goals and provide 18 assists in 53 appearances last term.

With a contribution just shy of a goal every game, there’s no wonder that two of the world’s biggest clubs are battling for the star’s signature.

With Toni Kroos aged 29 and Luka Modric at the age of 33 years old, it makes sense for Madrid to start shaping their team for the future.

Whilst Fernandes plays in a more advanced role than the world class duo, the ace has the work ethic and technical ability to flourish in a deeper midfield role.

It’s unlikely that Fernandes would take either of the pair’s spot in the starting eleven if he was to join, although Zidane could opt for a uber-attacking midfield trio involving the star.

This would be possible if Zidane dropped the place of a traditional defensive midfielder like Casemiro in Madrid’s lineup.

Video: Steven Gerrard sent off at half time for Rangers vs Livingston as he loses it with John Beaton
More Stories Bruno Fernandes Ole Gunnar Solskjaer Zinedine Zidane