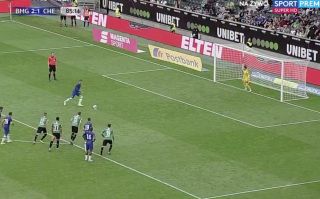 Ross Barkley added to his pre-season tally this evening, as he bagged a clinical penalty for Chelsea to draw the Blues level in their clash with Borussia Monchengladbach.

Having clawed one back through Tammy Abraham midway through the second half, the west London side found themselves level late on in the game, as Barkley converted from 12 yards.

Barkley’s goal now means that he’s scored in all of the Blues’ last four pre-season games, with the England international seemingly keen to send a message to Frank Lampard ahead of their season opener against Man United next Sunday.