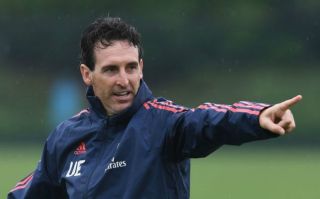 Arsenal are eager to bolster their squad for the upcoming season to stand a better chance of finishing in the top four of the Premier League, something they haven’t been able to do in the past three seasons.

The Gunners have already signed Gabriel Martinelli, William Saliba and Nicolas Pepe but are in dire need of some defensive requirements.

Arsenal have made two bids to sign Tierney but Celtic have rejected both, the most recent one being a £25 million offer which the Hoops turned down because there were too many add-ons, according to Sky Sports. A recent report from Sky Sports claimed that the Gunners will make a new bid for the left-back.

The 22-year-old is a product of Celtic’s youth setup and has made 171 senior appearances for the Hoops, scoring 8 goals and providing 37 assists. Last season, the left back scored a goal and provided 6 assists in 40 appearances across all competitions.

Moyes feels that Tierney can become an Arsenal legend provided he signs for the North London club. As quoted by Football Scotland, the former Manchester United manager told the Sunday Post: “He has been outstanding for Celtic for more than three years. He has arguably been their most consistent player during that period. I’ve always had my eye on him and rated him. He is a top player. It’s clear that Arsenal want him. It’s just whether they can agree a deal with Celtic.

“If he does go to the Emirates, I can see him being a stalwart for Arsenal for the next 10 years. Again, it may take him a little period of time for him to fully adjust to life in the EPL. He will be facing a top-end player every week, and he will need to get to grips with that as there will be much more defensive duties to carry out than he has probably been used to at Celtic. But if the move goes through, he will go on to show his worth and will be a credit to himself and his country.”

So far, Arsenal have failed in their attempts to sign Tierney but the club needs some defensive additions to their squad. Hence, the Gunners will certainly give their best shot to try and sign the Celtic left-back before Thursday’s transfer deadline.