A British journalist has revealed that Liverpool are looking to loan out one of their promising young stars this summer, the ace is yet to feature competitively for the first-team.

According to reports, highly-rated Liverpool youngster Adam Lewis is set for a loan move this summer, the 19-year-old versatile ace has the tools to establish himself as a serious talent this season.

LIVERPOOL. Looking for a loan home for top kid Adam Lewis. Left back.

Lewis is equally comfortable on the left flank – at either full-back or on the wing, the ace has also featured for the Reds in central midfield during pre-season.

Lewis is a boyhood Liverpool fan that joined the club’s academy at Under-6 level, the ace has featured for England at Under-16s, 17s, 19s and currently 20s level.

Lewis would have hoped that he’d have the chance to play backup to superstar Andy Robertson following the departure of Alberto Moreno this summer.

It seems like fellow youngster Yasser Larouci has moved ahead of the ace in the Reds’ pecking order. 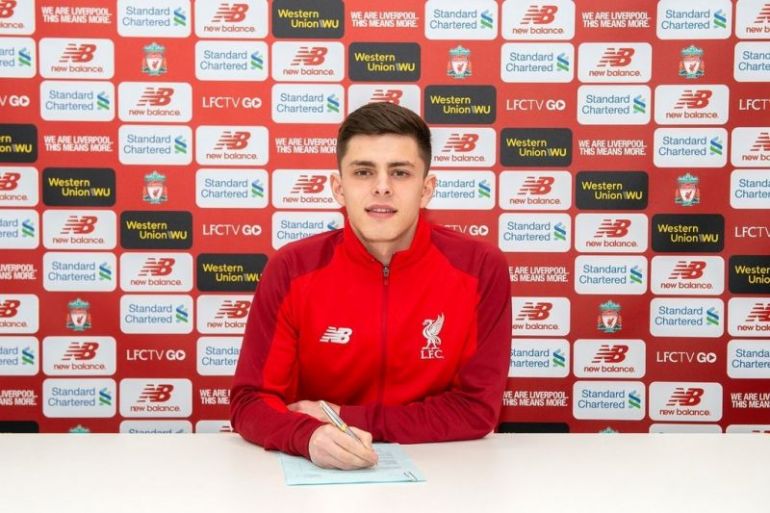 Lewis signed a new long-term contract with the Reds earlier this year.

Should Lewis leave this summer, it would be the ace’s first loan move of his career. Given that Jurgen Klopp seems happy with defensive cover it seems ideal that Lewis is given the chance to develop at a senior level this season.

Lewis’ versatility and experience with Liverpool’s and England’s youth sides will make the 19-year-old an attractive loan option for sides looking to bolster their squads this summer.