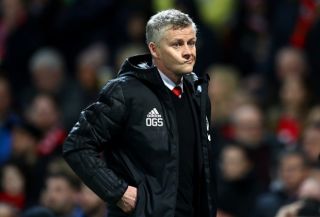 Sporting star Bruno Fernandes has reportedly told the club that Tottenham Hotspur is the club he wants to join and not Man United.

The Champions League runners-up entered the race for Fernandes according to a report from Sky Sports a couple of days ago, and O Jogo claimed that they made a bid of €45 million which Sporting rejected as they value him at €70m (£64m).

Yesterday, La Gazzetta dello Sport journalist Nicolo Schira tweeted that today’s Portuguese Super Cup match against Benfica would be the 24-year old’s last game for Sporting and he would then join United.

All confirmed! After Portugal Super Cup #BrunoFernandes will leave from #Sporting to #ManchesterUnited. For him is ready a contract by €6M plus bonuses a year. #transfers #MUFF #mutd https://t.co/7t0QI5uRF2

However, the Daily Mail claim that the Sporting skipper, who scored 32 goals last season and provided 18 assists in 53 appearances across all competitions, has told his current club that he wants to join Spurs.

The report also claims that Real Madrid, Marseille and PSG are also interested in the 24-year old but he wants to join Mauricio Pochettino’s side.

The Lilywhites have already signed Jack Clarke from Leeds United and Tanguy Ndombele from Lyon this summer.

Fernandes’ addition will certainly bolster Spurs’ attack. Spurs are also linked to a move for Real Betis midfielder Giovani Lo Celso with Schira tweeting that the Argentine will sign a 5-year contract with the club that will see him earn €4m a year.

Should they sign both, it could certainly put them in a strong position to compete for trophies this season as they look to build on their progress last year.

Last details for Giovanni #LoCelso to #Tottenham. He will sign a contract by €4M a year until 2024. #transfers #THFC https://t.co/fKyCcUtJJB