Manchester United are reportedly not in the hunt to sign Sporting Lisbon and Portugal midfielder Bruno Fernandes this summer, with rivals Spurs seemingly closing in on a move for the player.

Gianluca Di Marzio has noted earlier this week that the Red Devils were keen on signing the 24-year-old, with it also being stated that the club were close to agreeing a deal for the player.

However after recent news from journalist Simon Stone, it doesn’t look like Fernandes will be ending up at Old Trafford any time soon.

As per Stone, United are not in the hunt for Fernandes, with Ole Gunnar Solskjaer not interested in bringing him to Old Trafford ahead of Thursday’s transfer deadline.

United could sell Lukaku without bringing in replacement. They are still looking at transfer options but not at Bruno Fernandes, who is not on OGS’s list. https://t.co/G6YPfzOML5

This news will be good for Spurs to hear, as the Daily Mail have noted recently that the north London side are in the race for £64M-rated Fernandes, with the club having already made an offer to sign him, however this bid was some way off of the valuation Sporting have for the player.

The Mail’s report also states that Spurs had sent someone from the club to Portugal earlier this week, with Pochettino’s side still in talks over a potential deal for Fernandes. 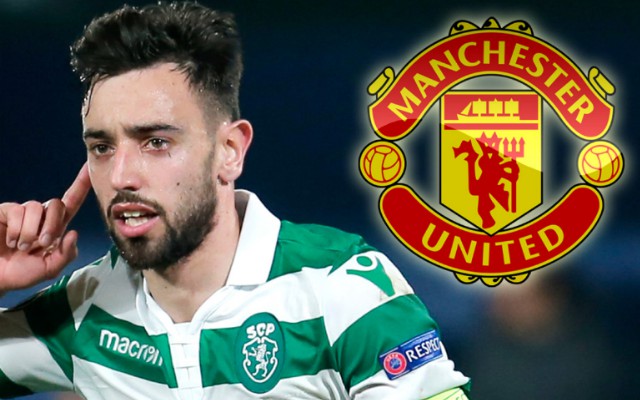 Fernandes had a brilliant season for Sporting last year, as he bagged an impressive 50 combined goals and assists.

Given this, it seems strange that United are reportedly not interested in signing him, especially given the fact that the Red Devils are lacking a player other than Paul Pogba to score from midfield.

Pogba bagged 16 goals in all competitions last term, a total that’s half of what Fernandes managed, and one wonders just how many more Pogba, and United, could score this season should they sign Fernandes.

However, given this recent news from Stone, it doesn’t look as if Pogba and Fernandes will be lining up next to each other for United any time soon…