Arsenal have received a loan bid for one of their fringe first-team stars, sanctioning a move could be difficult given the Gunners’ lack of options in this position.

According to The Mirror, Sheffield United have enquired about the loan signing of Arsenal defender Calum Chambers.

Blades boss Chris Wilder is keen on bolstering his defensive options ahead of Sheffield’s first Premier League campaign since the 2006/07 season.

The Mirror understand that the 24-year-old’s potential move hinges on Arsenal boss Unai Emery, the Spaniard won’t allow the England international to leave until the Gunners resolve their defensive situation.

Laurent Koscielny sparked controversy last month after refusing to travel on the club’s pre-season tour and Shkodran Mustafi is out of favour with Emery. 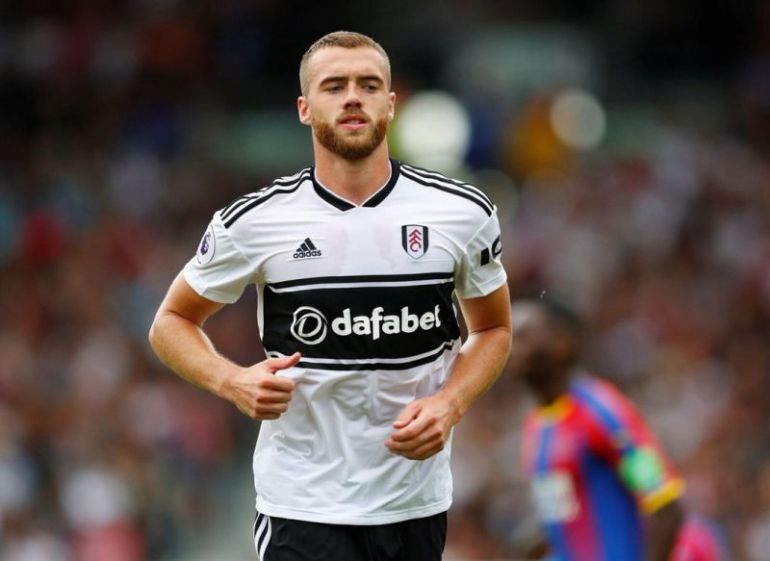 Chambers was the best player in a sinking ship last season. The ace was crowned Fulham’s Player of the Year.

The Mirror claim that Wilder sees Chambers as a solid addition to his squad, it’s understood that the Blades boss finds the star’s versatility as extremely useful.

Chambers made 31 Premier League appearances for Fulham, the ace was definitely one of the better performers in the relegated side and he even found a new lease of life after being moved into a defensive midfield role.

Chambers has made 83 appearances across all competitions since joining the Gunners, the England international has struggled to nail down a place in the first-team which subsequently led to loan moves to Middlesborough and Fulham in recent years.

Check out some reaction from these Arsenal fans to Sheffield’s bid for Chambers:

No more loans for Chambers. It’s decision time, will we keep him or sell him?

No thanks. Either sell him for £25m+ or keep, because I don’t want Mustafi being that relied on

Either sell or keep. No more loans for Chambers.

Yeah great idea let’s get rid of another centre back.

Chambers joined from Southampton in the summer of 2014, according to BBC Sport, the deal taking the ace to the Emirates Stadium was worth around £16m.