Paris Saint-Germain secured victory in their Trophee des Champions clash with Rennes on Saturday, with a 2-1 win ensuring they claimed their first trophy of the campaign.

Goals from Kylian Mbappe and Angel Di Maria in the second half turned things around for the reigning Ligue 1 champions after Adrien Hunou had given their opponents the lead.

Coach Thomas Tuchel will be delighted with the eventual outcome of the game, but there was a talking point in the celebrations after the game.

Much was made of a shortened clip appearing to show Mbappe push Neymar out of the celebrations with the rest of the squad.

However, as seen in the full video below, the French international had initially pulled Neymar into the mix along with Marco Verratti, which seems to suggest that there was no angry spat between the pair as has been reported elsewhere.

To further end any talk of controversy and issues between the two superstars, they took to Instagram after the game to show that they’re still very much close, and so the only thing that remains to be seen is if Neymar is still a PSG player beyond this summer.

As noted by the Express, speculation is still rife about his future with a return to Barcelona being touted, but based on what we can see below, it doesn’t seem as though there is an actual issue with Mbappe…

Here is the full video. pic.twitter.com/J7JXFptDXI 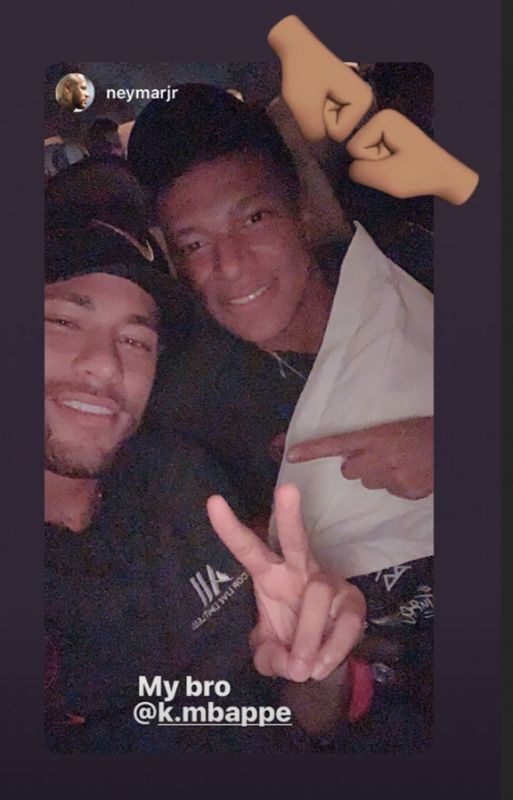