Manchester United could have a very new-look line up for the 2019/20 season if latest transfer gossip is to be believed.

The Red Devils have become known for being big spenders in recent times, luring in some of the world’s most glamorous star players such as Paul Pogba and Alexis Sanchez.

Unfortunately, it’s not a system that’s always worked that well for them, but fans will be hoping they can finally get it right this summer.

It doesn’t seem like United will be getting Dybala this summer after the Telegraph stated that the Red Devils are no longer in interested in signing the Argentine.

However, that doesn’t mean Dybala’s Juve teammate Mario Mandzukic won’t be making his way to Old Trafford ahead of Thursday’s deadline.

As per the Guardian, Juve have suggested a deal that’ll see them sign Romelu Lukaku in return for Mandzukic and a hefty transfer fee, with it remaining to be seen as to whether a move of this ilk will be happening.

Mandzukic is a very experienced forward who’s won titles in both the Bundesliga and Serie A during his career, a factor that means this could be a somewhat smart piece of business if United can swap him for Lukaku and a large sum of cash.

Elsewhere, there could be big changes in midfield too as Paul Pogba wants to join Real Madrid and is available for around £137million, with Man Utd working to replace him with Lazio’s Sergej Milinkovic-Savic and Sporting Lisbon’s Bruno Fernandes, according to L’Equipe, as translated by Get French Football News.

This could be complicated and expensive but ultimately fine business if they can pull it off, with Fernandes set to cost around £63m, according to Sport.

That’s a pretty reasonable price for one of the biggest rising talents in the game, while Milinkovic-Savic would cost around £81m, according to Radiosei, as translated by the Sun.

That would be £144m combined on two top class midfield players to replace Pogba and perhaps line up like this alongside the in-form Scott McTominay: 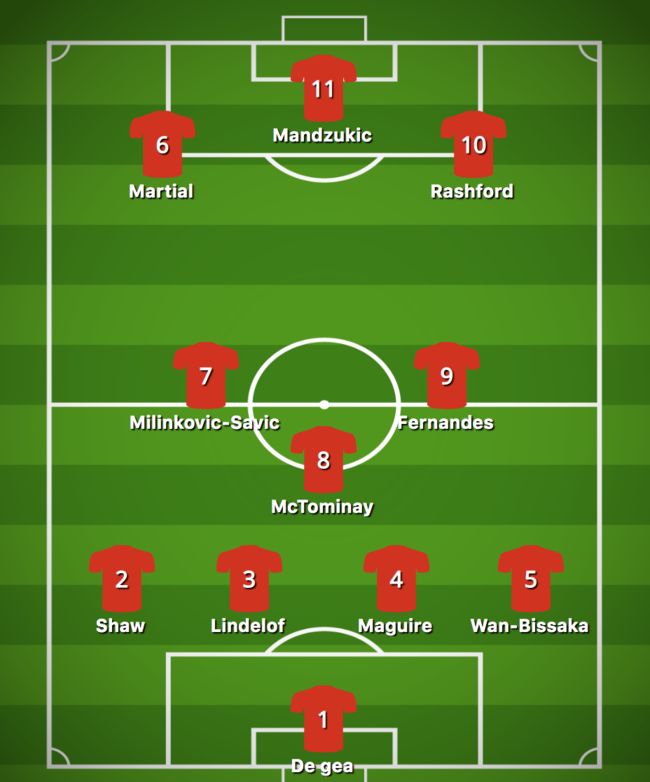 Finally, in one of the most crucial signings of United’s summer, there’s Harry Maguire alongside Victor Lindelof in what looks a much-improved central defensive pairing.

Manchester United’s official site confirmed the arrival of the England international from Leicester City on Monday, with the BBC stating that the move is for a world-record £80m fee, in what could well end up being a Virgil van Dijk-esque signing for the club.

That United line up above looks much-improved from last season in all areas and could be a team to put the club back into contention for a top four spot, and perhaps more.